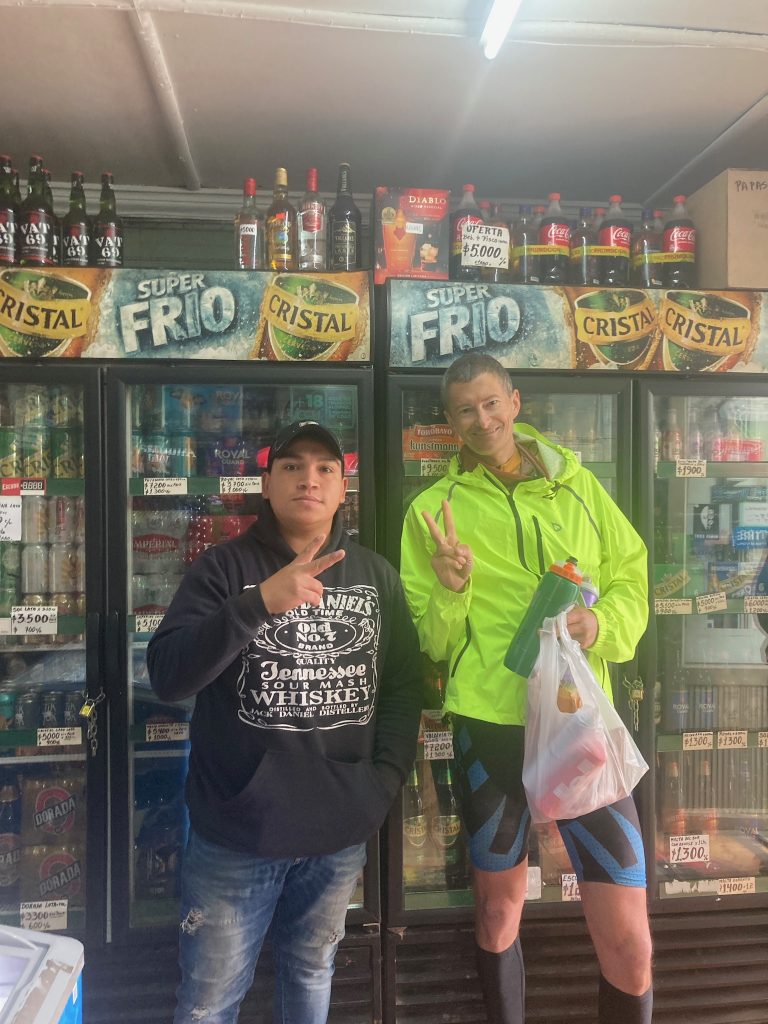 Traveling north and south by car in Chile is simple: get on the Panamericana (route 5), go to the city closest to your destination, then take local roads the rest of the way. However, both Ruta 5 and the cities along its length are miserable on a bike, making travel more complicated. This is especially true closer to the mountains, where most roads sensibly follow the river valleys where people live, ending at the last town. This means that traveling from peak to peak requires going up one valley, then back to the plains to head south before going up the next. (Austria seems similar. Italy is a notable exception, with wildly impractical roads connecting every valley and making it the best place in the world for road cycling.) 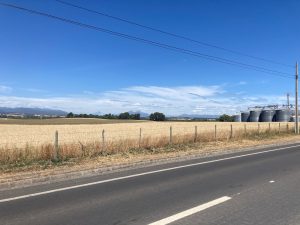 To reach Volcan Lonquimay, I therefore had to return to the plains before wandering south. On the first day I made it as far as Tucapel on the Rio Laja, the turnoff for Sierra Velluda, where my map suggested there was a municipal campground. This would be a convenient place to pause and decide whether I wanted to spend 2-3 days on an ultra-prominence peak with a reasonable chance of failure. Dropping down to the river, I saw that there was in fact a large and pleasant campground, but that it was closed. Not looking forward to searching for a break in the fences, I made my way down to the river to sit at one of the shady picnic tables farthest from the entrance. There were locals sitting along the bank on a hot day, the river water was clear, and I figured I would be safe waiting until late to set up my tent. I hopefully tried the nearest spigot, but it was turned off.

Early in the evening a guy came by with some dogs and, I thought, asked me if there was running water. I tried to tell him there was not and, after he tried a couple of spigots, he asked me if I were planning to stay. I said I was, so long as it was no trouble for anyone, and he invited me to a quieter section of the campground that had running water. I assumed he must be the owner or caretaker, but that was apparently not true, because another guy came by in the morning and warned me to be gone by eight lest I get in trouble when someone official showed up. Grateful for the help, I quickly packed up, topped up on water, and continued meandering south. 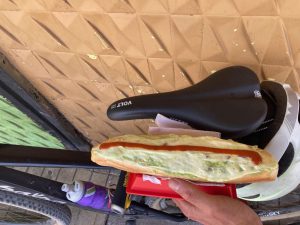 The Rio Mulchen seems to split the country east of Ruta 5, so I had to cross the highway once again at Los Angeles. I used the opportunity to do some shopping, with mixed results. The outdoor store had plenty of canteens but no filters, while the bike shop had a usable frame pump. The owner warned me that it wasn’t as nice as the one I had, but since mine had a leaky gasket, whatever I bought would be far more effective. My old pump, a Topeak Mini Morph, was well-reviewed online, but lasted less than a year, and its warranty is useless to me down here. Afterward, I treated myself to a completo, a cheap hot dog surrounded by much better things including a mini-baguette, guacamole, mayonnaise, lettuce tomatoes, and hot sauce. Completos and empanadas are the two staples of Chilean convenience food, and both of them can, when done well, rise above their nature as cheap, greasy, starchy calories. 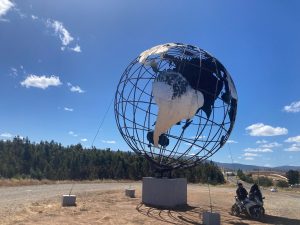 Thus fortified, I continued west and south along a road streaming with terrifying timber truck traffic. Sometimes the trucks would move over, and sometimes they would honk helpfully in warning, but often enough they would simply hold their line and blow by less than a foot away. I suppose that approach works as long as everyone holds his line, but with an inconsistent shoulder, it was an unnerving experience for me, the lone cyclist on the road. The situation improved as I turned south and south again, finally reaching minor roads connecting smaller villages. I followed a river to Los Sauces, seeing a couple potential camp-spots along the way, then topped up on water at a gas station spigot before continuing south into yet more eucalyptus farms. For once I had little trouble finding an abandoned road, where I found a reasonably spot out of everyone’s way to sleep. 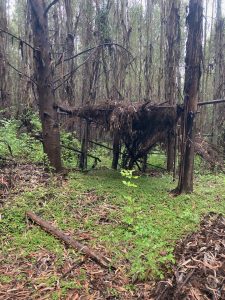 Though it had been clear when I went to sleep, the forecast calling for morning rain was shockingly accurate. It started around 7:00, and continued off-and-on until around 10:00. I need to get used to packing up and riding in the rain for this trip, but I did not feel like subjecting myself to an unnecessary drenching, so I waited for a long break before packing up and riding. It sprinkled on me intermittently for the rest of the day, but it was not too cold, and my rain gear was more than adequate. For lunch, I pulled off in Traiguen and stopped at the first mini-mercado. It seemed a bit off, with the owner reasoning with a guy who was a bit too drunk a bit too early, but once that situation was resolved, the proprietors were stoked to see a gringo. They gave me a calendar and water bottle, and posed for photos, before sending me on my way back across the Panamericana at Victoria. This proved to be the smallest and least-obnoxious highway city I had encountered so far, and I was back on rural roads in no time. Chile was looking up. 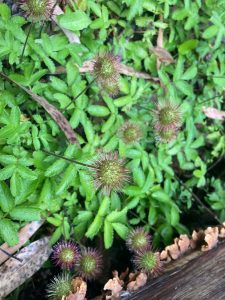 I had hoped to make it to Curacautin, but the next trailhead was more than a day’s ride away, so I would lose a day no matter what. It had been cool and wet all day, so when I saw a place that seemed to offer camping, I stopped to ask about a warm shower and a sheltered place to pitch a tent. While it had the water park that often accompanies a Chilean campground, it turned out to be an odd sort of resort, setting up for a Christmas party with trays of mini-hamburgers with artificially-colored red and green buns. The manager apologetically explained that while they had a place I could put a tent, it was really aimed at people with money to spend on cabins. I declined, grabbed some water, and backtracked to some nearby logging roads. Other than an encounter with some evil Chilean super-burrs, which not only stuck to everything, but broke apart when I tried to pull them off, it was a fine site, and I slept damp but undisturbed.

No disco for me

2 responses to “Chillan to Lonquimay”