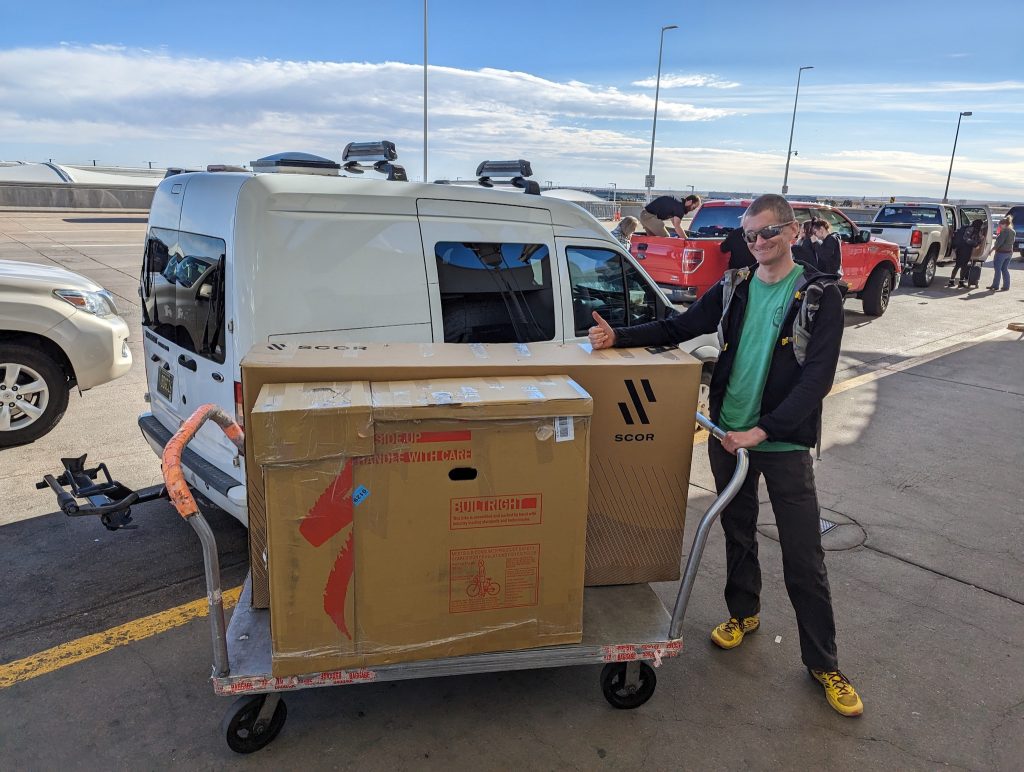 This will totally fit

Avoiding winter by spending December 2019 through March 2020 bike-mountaineering in Argentina and Chile was one of the best choices I have made. Both bike touring and South America were almost entirely new to me, so I of course made some beginner mistakes but, as I should have anticipated, touring through mostly developed and stable countries with internet, where people use the Roman alphabet and speak a language I at least somewhat understand, is not inherently difficult. If parts of my trip were brutally hard, it was only because I chose them: riding across the Puna de Atacama and summiting seven 6000-meter peaks along the way was one of the hardest things I’ve done, but was entirely optional. I had plans to return the next winter, but of course COVID happened. It is still happening in some sense, but vaccines have brought the death rate down to something most people are willing to accept, so international travel is more or less normal again.

Being a sometime creature of habit and nostalgia, I started this trip much like the last one. Ted hooked me up with almost the same flight — Denver to Dallas to Santiago — so I drove up to Denver with two large boxes full of bike and trailer. I arrived with a day to spare, so we went skiing up in Rocky Mountain National Park for a brief taste of winter. There had been enough snow at Santa Fe to skin laps, but I had preferred cycling and running, so this would be my first and last taste of winter. This being the Front Range, it was of course crowded, and even well-used enough to form moguls in a couple choke-points, but I was still reminded of just how much I enjoy skiing.

Continuing the theme of repetition, I borrowed a luggage cart and took my boxes to the arrival counter. The woman working there was skeptical that my large bike box would fit, but 126 linear inches is a whole lot of box, so that was no problem. Fortunately I had weighed both boxes the night before, because they were right up against the 50-pound weight limit. I am still not sure how this happened, since I have a lighter bike and less gear than last time. Down to just my daypack, I continued through security, rushed to the one place where I could get a Priority Pass meal, then… sat for too long. By the time I got my food and rushed to the other side of the airport, it was too late to board my Dallas flight. Fortunately there was another a few hours later, so I had plenty of time to enjoy my hard-won meal before cramming into the completely full plane.

The flight to Santiago was also completely full and, unlike last time, I had a middle seat, so there would be little sightseeing or sleeping. My flight back from Europe, in which nearly everyone had been able to lie down across a trio of seats to sleep, had given me hope that the airlines had relaxed their optimization algorithms, but that was clearly an anomaly, and their drive to minimize seat pitch and maximize human misery and shareholder value remains undiminished. In an ideal world, our advances in “Artificial Intelligence” would be used to automate jobs that humans find unpleasant. It seems increasingly likely, however, that our billion-parameter models trained with millions of dollars of computing power will be used to extract money from small efficiencies: making ads marginally more effective, eliminating resilience from supply chains, finding arbitrage opportunities, and ensuring that workers do not capture shareholder value by scratching their noses or spending too long in the bathroom. 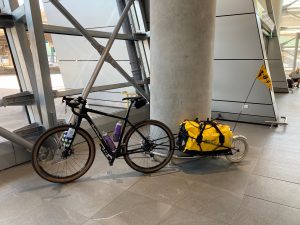 Anyways… The Andes were just as impressive as last time, with Mercedario, Aconcagua, and lesser peaks rising to the plane’s height as it descended toward Santiago. Customs were quick and painless, and I had little trouble assembling my bike and trailer in the airport. My plan was to take an overnight bus to Osorno and ride from there; the bus companies officially say “no bikes,” but that just means you have to buy your ticket in person and pay a baggage fee. Just as I was leaving the airport, I was approached a Polish bike tourist whose bike was delayed. We talked for a bit, and exchanged info so we could meet up later if I was still in town. 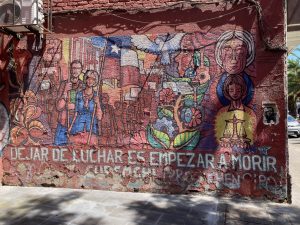 The ride to the bus station was as inoffensive as I remembered it — Santiago is small and sane by the standard of Latin American capitols — but by the time I got there, the heat, my lack of sleep, and an oncoming cold were wearing on me. The thought of spending the rest of the day re-boxing my bike, then putting it into the cargo hold of a bus and hoping it would not get mangled, was too much. Looking at the map, I saw that there were enough peaks between Santiago and Osorno to break up the second half of the ride, and I could escape the heat and the Panamericana by riding along the coast for the first part. So I rode to the same hotel I stayed at last time, bought groceries and supplies, then met up with Lukasz for pizza. He turned out to be a techie like I was, but unlike me, had found ways to use those skills to address climate change by focusing on the power costs of computation. (Computing is about on par with trucking as a carbon emitter.) 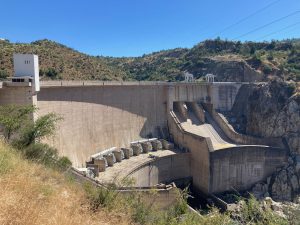 After a good night’s sleep and a failed attempt at a shower — the hotel’s hot water heater seemed not to work in the morning — I slogged my way back out of Santiago and southwest, toward Melipilla and the coast at Pichilemu. This part of Chile is a semi-desert, and hot at this time of year, but my legs were fresh after a few days of inactivity, so I made good time. I stopped for awhile at a hydroelectric dam on the Rio Rapel, where I found a water spigot, then climbed out of the gorge to find a place to camp. Closer to the Pacific, the climate is wet enough to support trees, and the whole region is covered in aggressively-farmed eucalyptus and pines. It seemed like a good place to stay if I did not get in the way of logging. 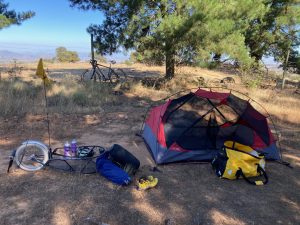 I turned off on a little-used road leading to a gate with some trash on the other side, then pulled a short distance down the abandoned road along the fence to set up camp. I heard someone come through the gate, then stop. I kept an eye out, and after awhile saw him walking toward my tent. He was not angry or aggressive, but seemed adamant that I could not camp there, his reason being that I would start a forest fire. I told him that I thought I was on public property, being on the road-side of the gate, and would be gone first thing in the morning without cooking breakfast, but he clearly wanted me gone, and did not care where I went. He sat in his truck as I packed up, and I took my time, hoping to annoy him into leaving. I rode back to the highway and continued toward Litueche. It was getting dark and I took my time, but the guy followed me a good mile before finally passing and going on his way. I kept going a few more miles, then found a more stealthy and flammable part of the same forest to set up camp. I made sure I was not clearly visible from the road, then took the flag off my trailer and slept on my groundcloth to keep a lower profile. Welcome to Chile.

Mother of all water shrines

One response to “Southward ho!”