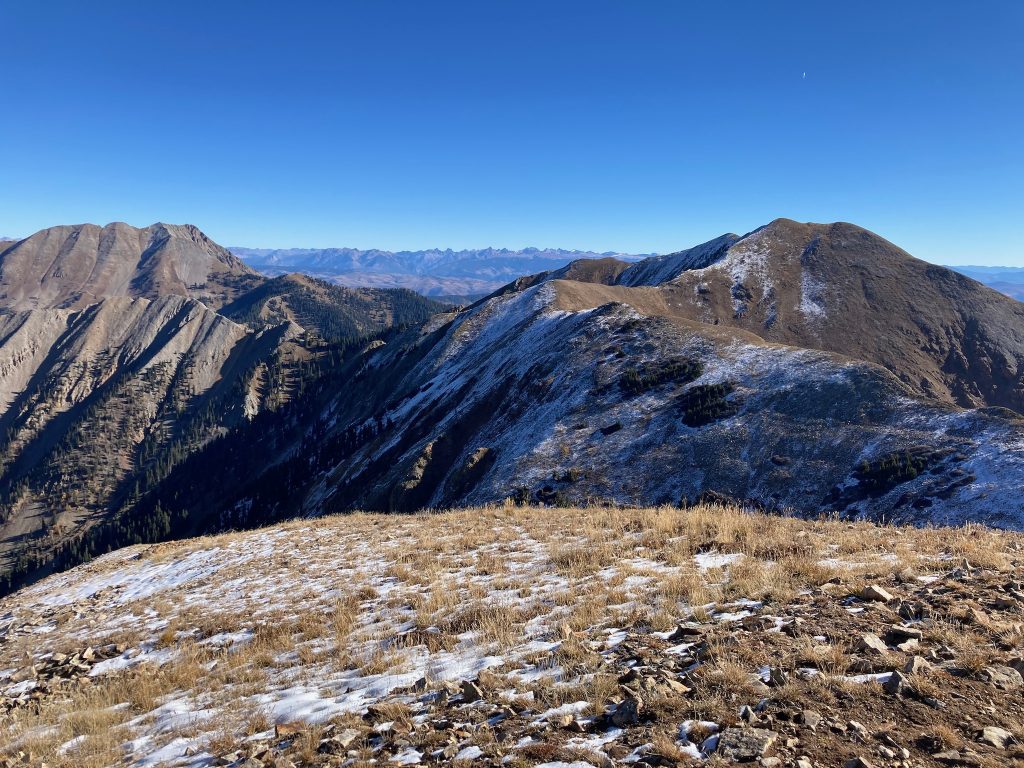 Silver to Lewis from Deadwood

The La Platas are a group of mild and quiet peaks west of Durango, a good place to spend a few days when the higher, more rugged and remote peaks of the Weminuche are too snowy or too much work. Though they contain many high-altitude jeep roads, few see much use, so motorized vehicles are not the constant nuisance they are around Silverton or Ouray. There are also plenty of nice, free places to camp in the forested La Plata Valley, though the mornings are cold and dark late in the season. I have done a number of the peaks surrounding the upper La Plata over the years, and this time I chose a section of the ridge on the east side from Deadwood to Lewis, which can be looped via the main valley road and jeep roads leading up Neptune and Lewis Creeks. 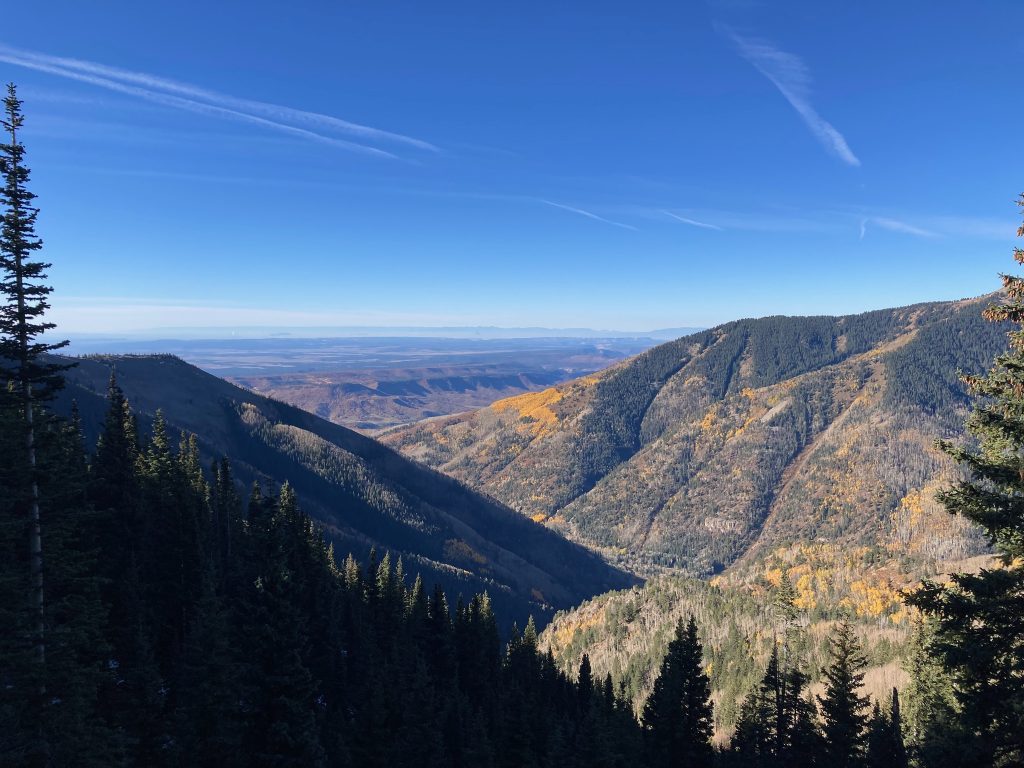 Nothing to the south

I parked at the pullout near Neptune Creek and started hiking in all my layers, trying not to disturb the handful of campers. The jeep road crosses the La Plata near the downstream end of the camping area, and there is also a mix of logs and rocks for pedestrians to stay dry. Unfortunately they were all far too icy to cross at this time of day, and I was unable to find suitable sticks for balance. I almost decided to do the loop in the opposite direction, but instead went upstream to a log I remembered from last time, which I easily crossed a cheval. From its far end, a mildly annoying bushwhack brought me back to the jeep road. 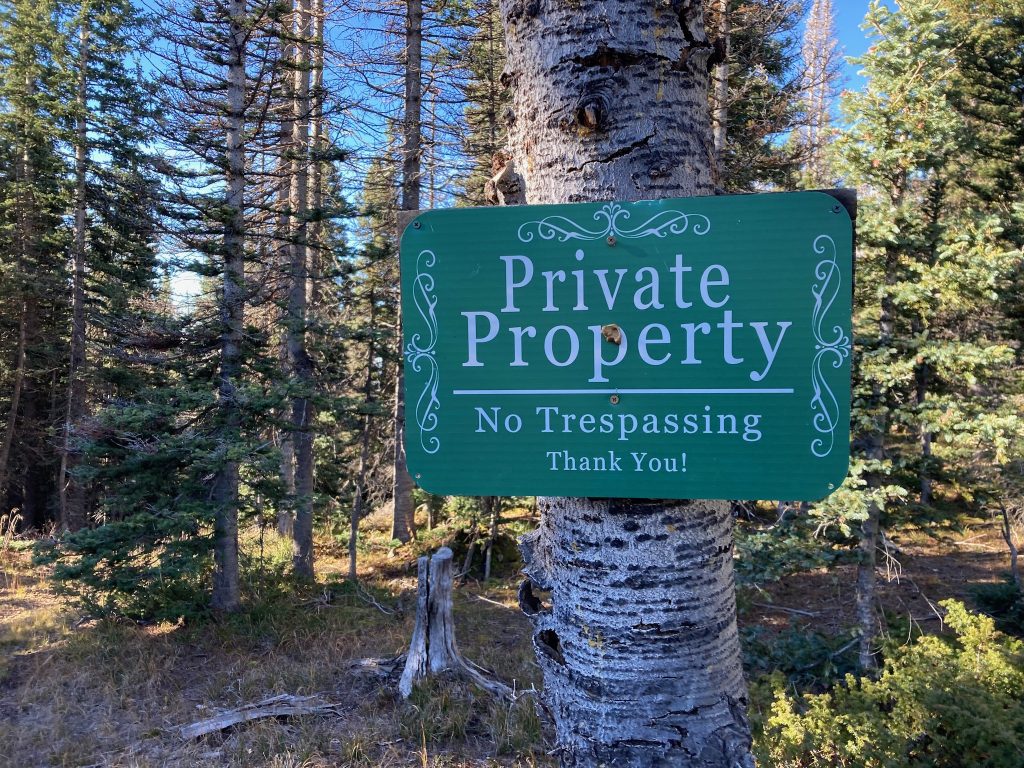 Never hurts to be polite

The road switchbacked steeply up the north-facing slope, which was chilly but snow-free. I found a “no trespassing” on a spur road where it finally emerges onto Bragdon Ridge, which apparently leads to some abandoned mining claim. I normally find such signs aggravating, but this one was polite for a change. Just where the road is finally signed as closed to motor vehicles, a well-defined use trail continues up the ridge to Deadwood. I followed this to the summit, encountering a bit of harmless snow and a curious hawk or golden eagle along the way. 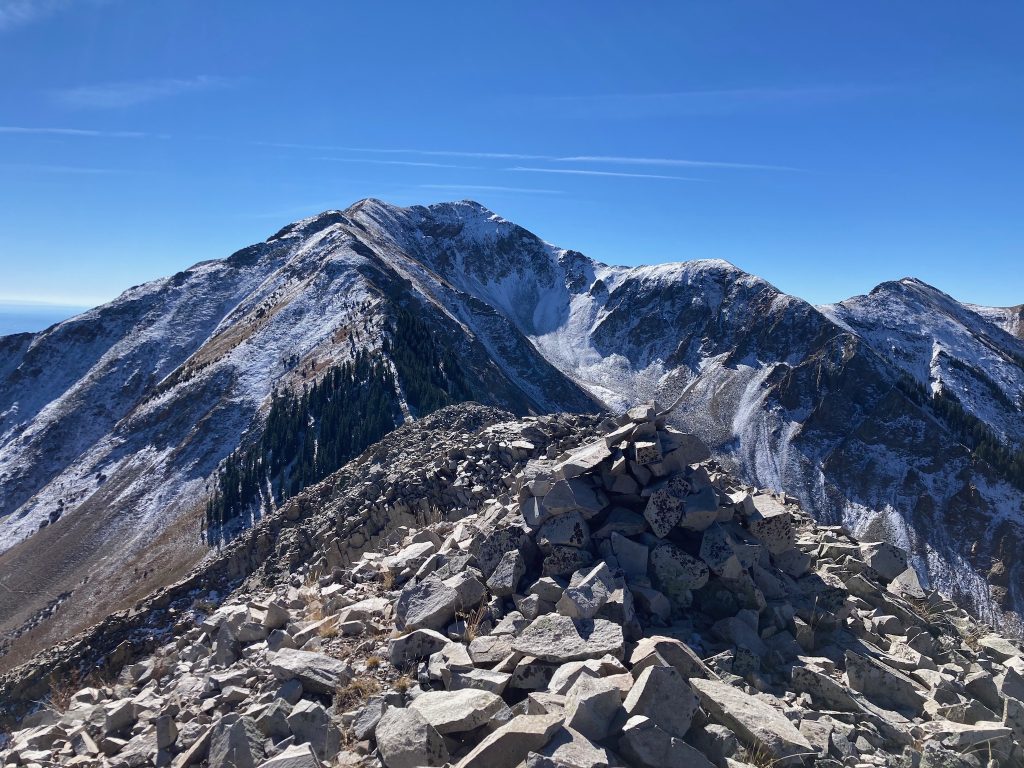 Deadwood is at the southern end of the San Juans, so looking south one can see some lower isolated peaks and perhaps Shiprock. I continued to follow the faint trail east and north to a saddle and around a couple of bumps, then up a short, direct climb to Silver. Up to this point the route had been pleasant tundra, but things looked less pleasant toward Baker, a gray talus-mound. Partway down the ridge I met a man and his dog going in the opposite direction, also getting in a final outing before the season’s first real snow. He told me about some hunters below Eagle Pass, then continued his speedy climb. 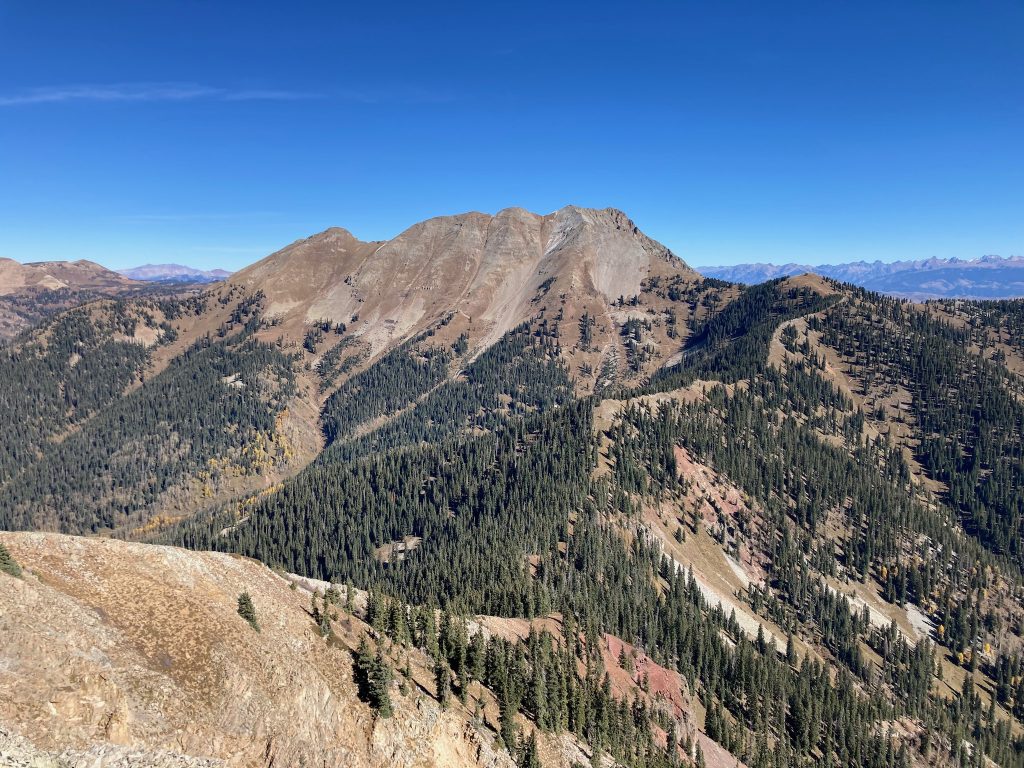 Baker was mildly annoying, but not as snowy, slick, or loose as the peaks on my recent Weminuche outings. Its north ridge soon turned back to tundra, then sparse forest on the descent to Puzzle Pass, which leads from nowhere to nowhere and has trails on neither side. I guess the puzzle is why it is called a pass. The helpful use trail disappears in this section, and the woods west of the ridge have enough brush and deadfall to be slow, but the east side is fortunately mostly bare and grassy. I picked up the road near Eagle Pass, and jogged northwest to a gate, where I found a parked ATV from the hunters and a sign warning about “active” mining operations on the east side. 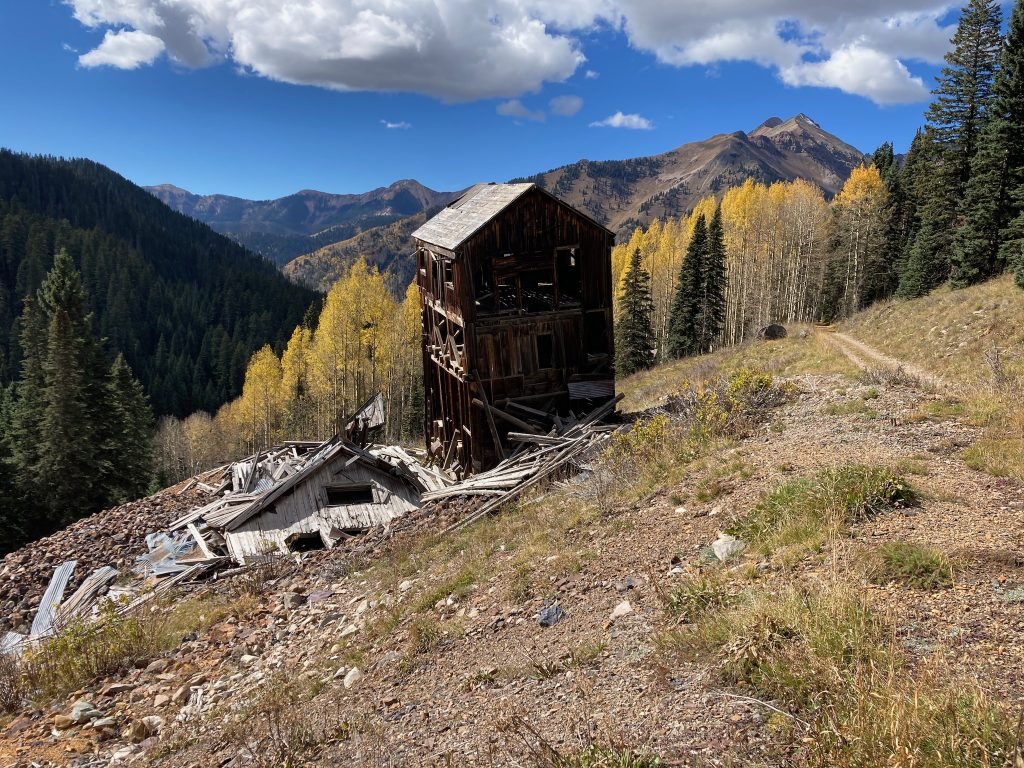 I left the road near the ATV and made my way up the ridge, finding reasonably stable talus and bits of use trail. I crossed through an interesting notch where the ridge turned north and east near the summit, then continued up some loose talus to the top. Lewis Mountain’s north face held a thin coating of snow, accentuating the view of a small turquoise lake at the head of Columbus Basin. I soaked up the view for awhile, then retraced my steps a bit before taking a more direct line down a south-southwest ridge to join the Lewis Creek road near the hunters’ camp. Once on the road, it was mostly pleasant jogging back to the main road, through aspens just past their peak. Along the way I passed a picturesque, collapsing three-story mine building with not one but two angry “no trespassing” signs, possibly intended to keep people from salvaging lumber or suing the absentee owner when his building collapsed. The jog down the main road was easy enough to get dull, so I tried to make some approximation of speed on the final stretch to the car.

Never hurts to be polite

Nothing to the south

Silver to Lewis from Deadwood

Weminuche in the distance

Hesperus and other high peaks