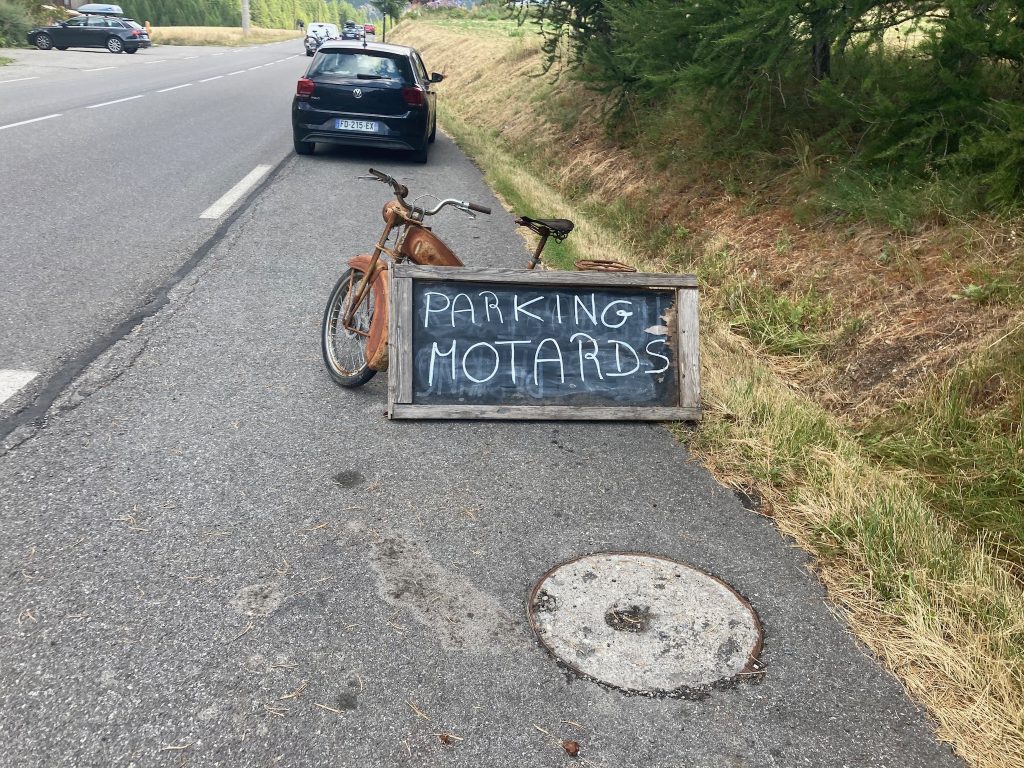 Unlike the Col Agnel, the Izoard and Galibier are frequently on the Tour, and therefore much more popular with cyclists. I had enjoyed merely driving over the Galibier on my first trip to the Alps, seeing in person something I had only seen in television Tour coverage as a kid, so I definitely wanted to ride it this time. The Izoard was merely the natural way to get from my “campsite” below the Col Agnel to Briançon. As it turned out, both were swarming with cyclists on a weekend, including several boys (no girls) on small bikes that cheered me up and reminded me of myself at that age. 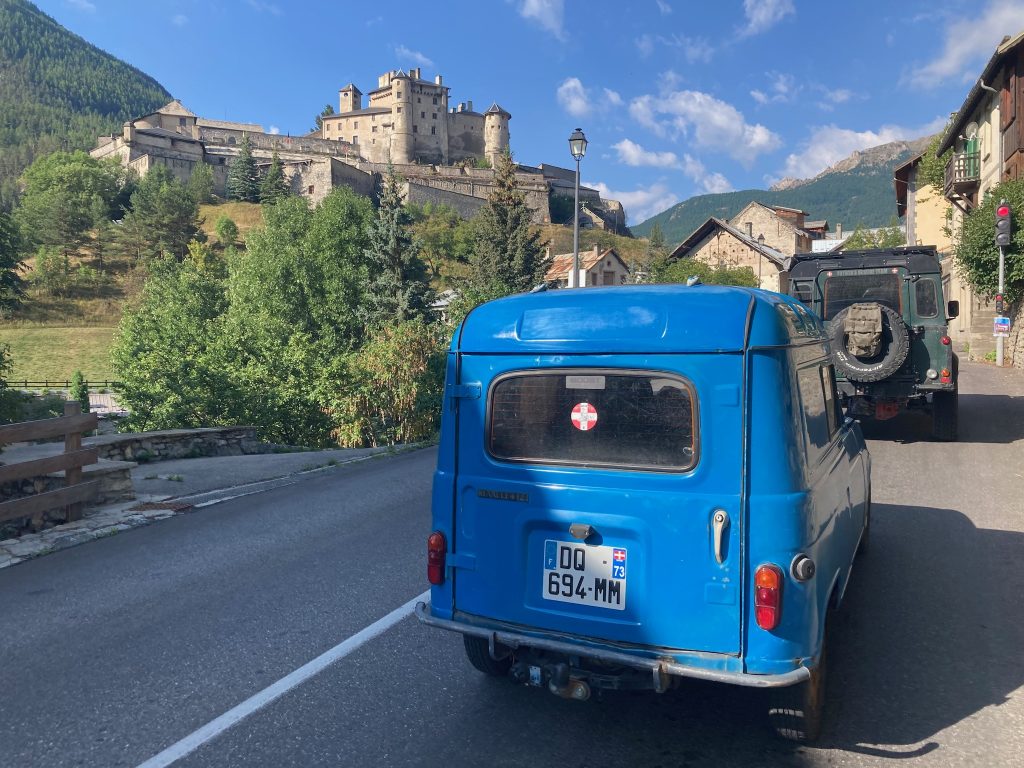 From camp, I descended to the Guil River, then followed it past Chateau Queyras, an impressive fortress that recently sold for a mere $660,000. Past the fortress, I turned up a side-valley toward the Izoard, and began ticking off the kilometers and elevation on the cyclist-friendly signs. Each one had a tidbit of Tour history, usually about someone who had won a stage over the pass. There is also supposedly a Tour museum at the top, though the whole area seemed to be a construction zone when I was there. 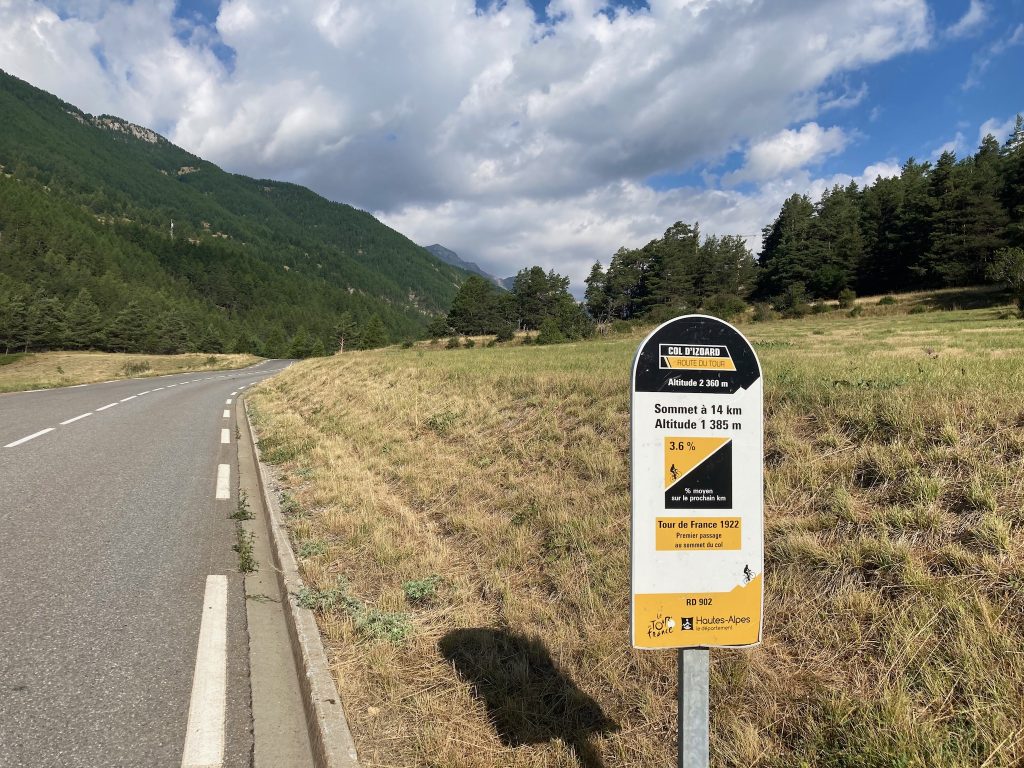 The Izoard starts climbing gently up a valley, eventually reaching open fields and a ski area at La Chalp. (I was back in the part of Alps where small towns are named “The Mystery-French-Word.” I don’t know what a “Chalp,” “Draye,” or “Praz” is, or what “Houches” are.) The road steepens through town, then climbs in a series of switchbacks through the woods and eventually above treeline. The final section is narrower, and features a descent across a chossy slope before the final climb to the summit. I hung out for awhile, then carefully descended the other side with my worn brakes. 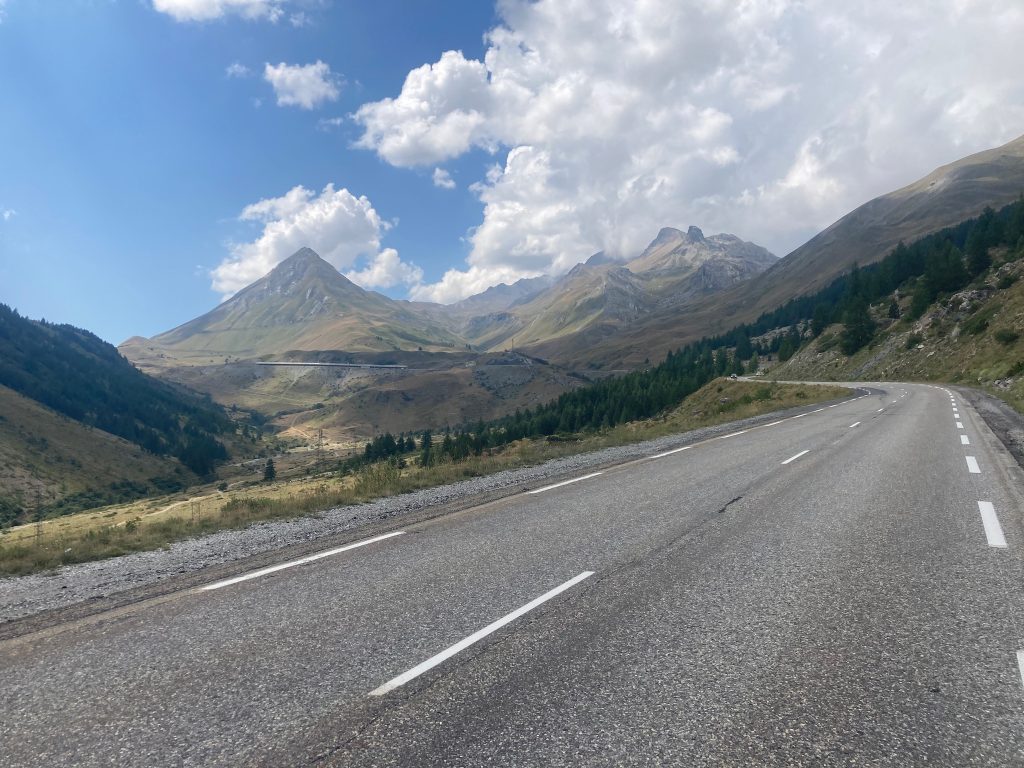 It was Sunday, but Briançon is large enough to have a few stores open until 1:30, so I was able to find lunch and enjoy it in a shady park before continuing. For the first part of the afternoon I climbed the Col du Lautaret, a useful but boring pass connecting the exit valleys leading to Gap and Grenoble. Most of the pass is a gentle climb up a valley on a too-crowded road, with only the final bit having any character. 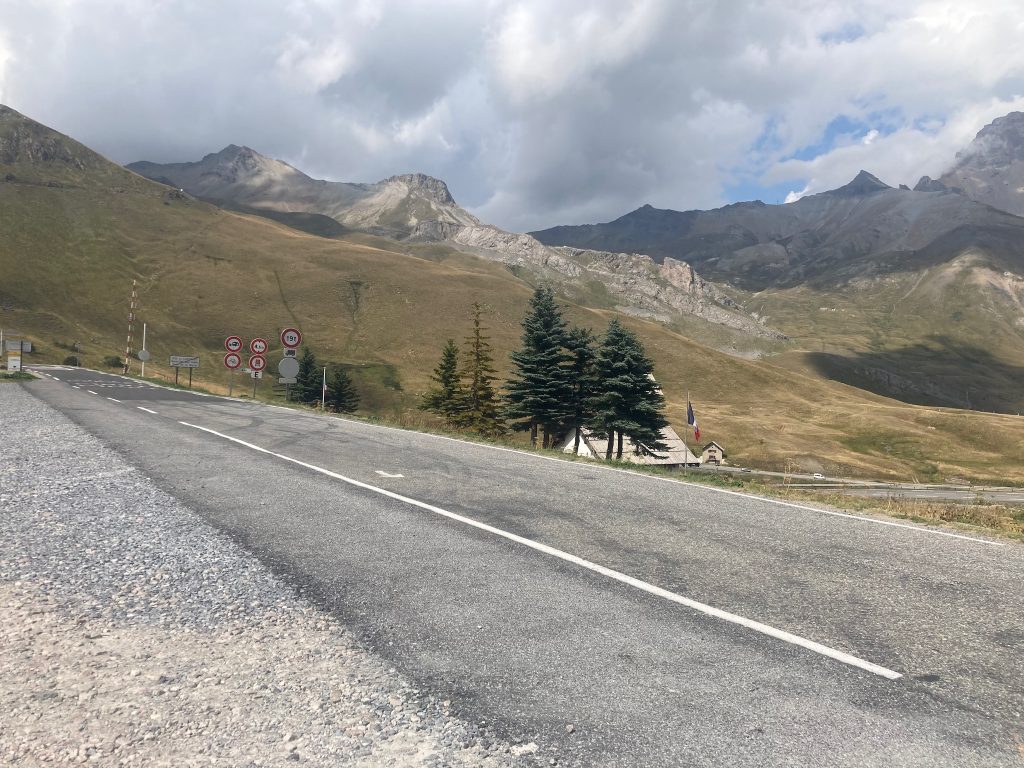 The Galibier connects the Gap-Grenoble divide with the Arc River valley and Chamonix, and is the fifth-highest pass in the Alps. It is much more fun and interesting, with more switchbacks and even a silly tunnel just below the summit, and not particularly large on the south side. (edit: Wikipedia informs me that the tunnel was actually the original pass, with the switchbacks over the saddle added later while the tunnel was under repair.) I was once again racing the weather, so I pushed as much as I could on the climb. I stopped in the crowd at the top to take photos and put on my hoodie before I got chilled. It looked like the storms were worse on the other side, so I chose to return the way I had come. I was thinking of heading out when a man asked if I wanted my photo taken. I politely declined, but he insisted: “You’ve just climbed the Col du Galibier!” He unfortunately took a short video by mistake, but the camaraderie cheered me up for the chilly descent. 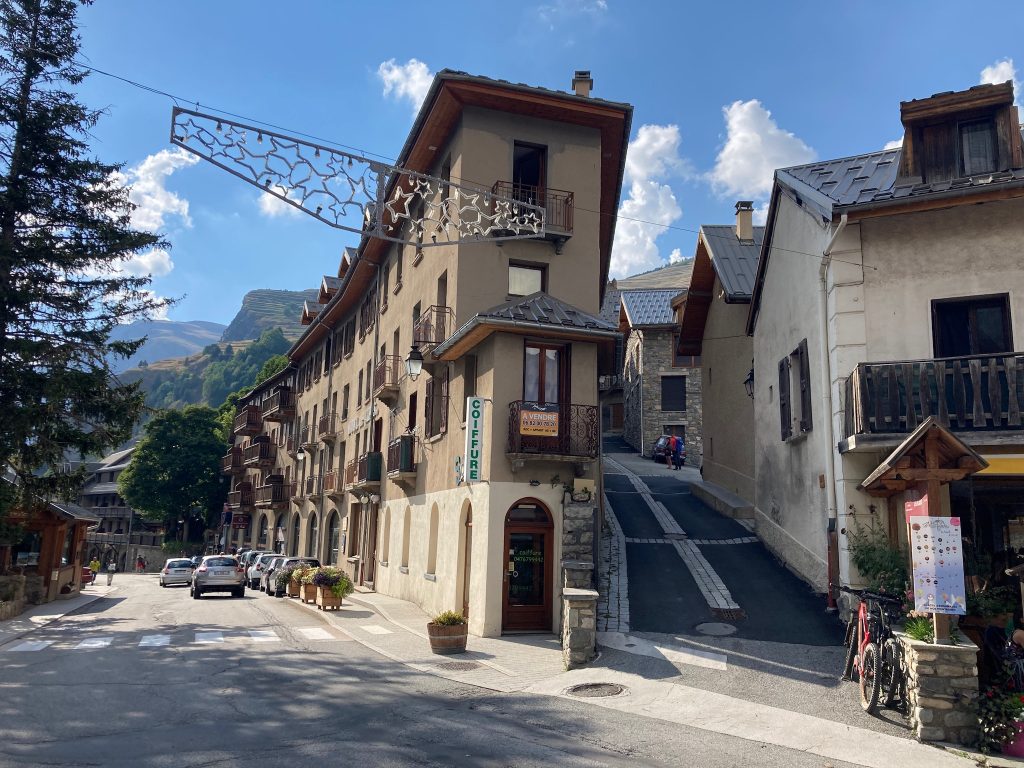 I returned to the Lautaret, then dropped down to La Grave (“The Serious?”), a tourist town where I found a shop open Sundays with sufficient food for dinner and breakfast, then continued down-valley, admiring the steep walls to either side and looking for a campsite. I eventually found an abandoned-looking dirt road with some pallets stacked at the end, which suited me fine. I had a quiet night, and had just finished breakfast when I was again interrupted, this time by some people harvesting herbs. I felt less embarrassed this time, since I was out of the way and not obviously on anyone’s property, and they did not mind my presence. I was still far enough up in the mountains to find free places to camp, but felt that was coming to an end.