Through the Trento trench 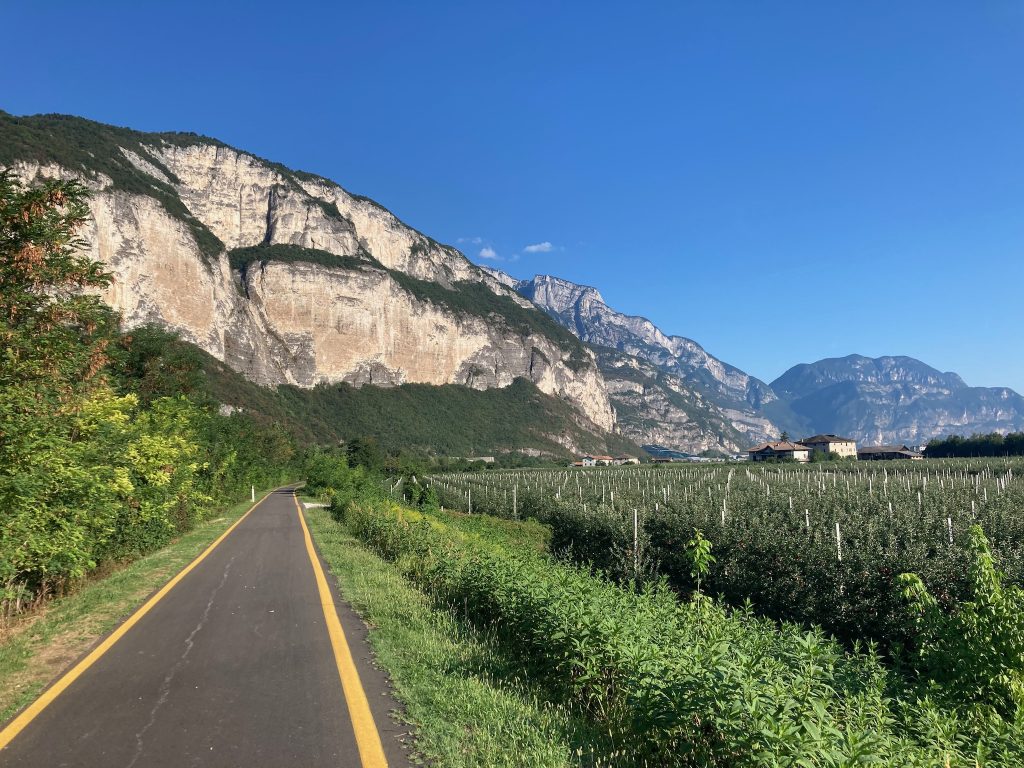 [Now that I’m back to typing with ten fingers, I’ll try to catch up on the rest of Europe.]

I had debated a few paths forward from the Dolomites. First, I could continue east to visit the former Yugoslavia and the Alps’ eastern tail, then return west by train. Second, I could head north and return through Austria, Luxembourg, and Germany. Third, I could return through Italy along the Alps’ southern side. Given my schedule, energy, and interests, I chose the last, heading back west while trying to stay both high enough to avoid the worst of the heat, and low enough not to get rained on. 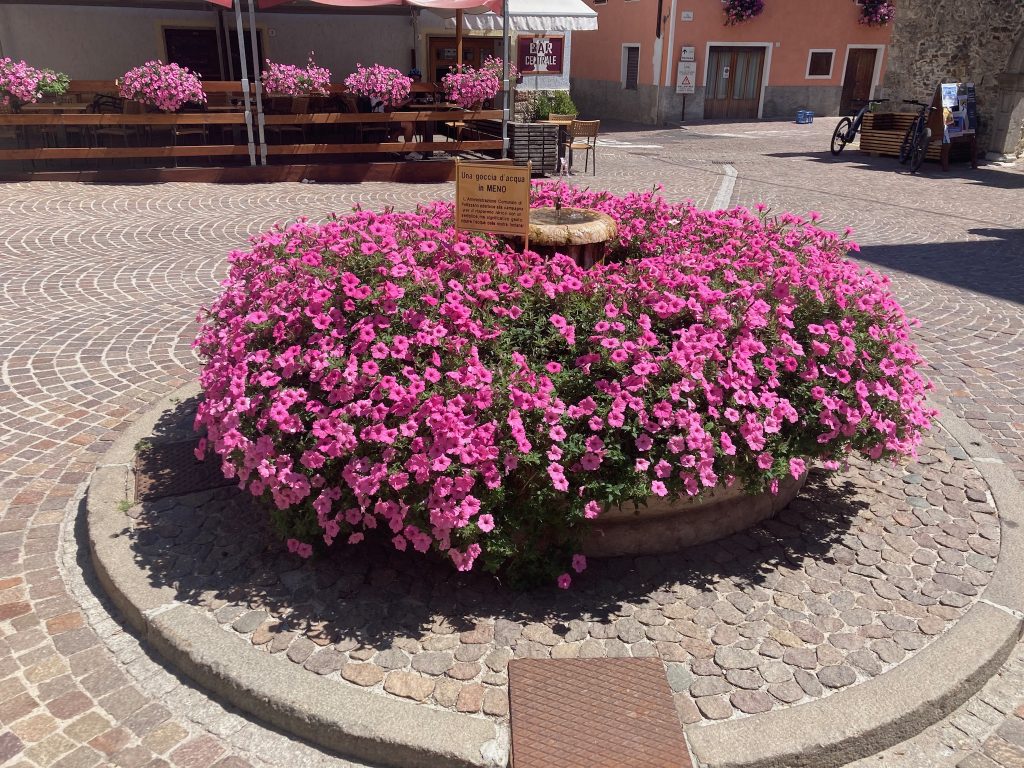 The Alps are drained to the south by a number of rivers in deep valleys, carved down to less than 1000 feet. The first of these I encountered was the Etsch/Adige, which drains Sudtirol/Alto Adige. I had crossed it higher up in the north at Meran, where it is called the Etsch, before crossing the Timmelsjoch into Austria. This time I crossed it at Trento, where it is called the Adige, way down at 600 feet. Trento was hot and very city-like, so I got a room in a cheap Italian hotel for the night, enjoying the luxuries of a hot shower and air conditioning. 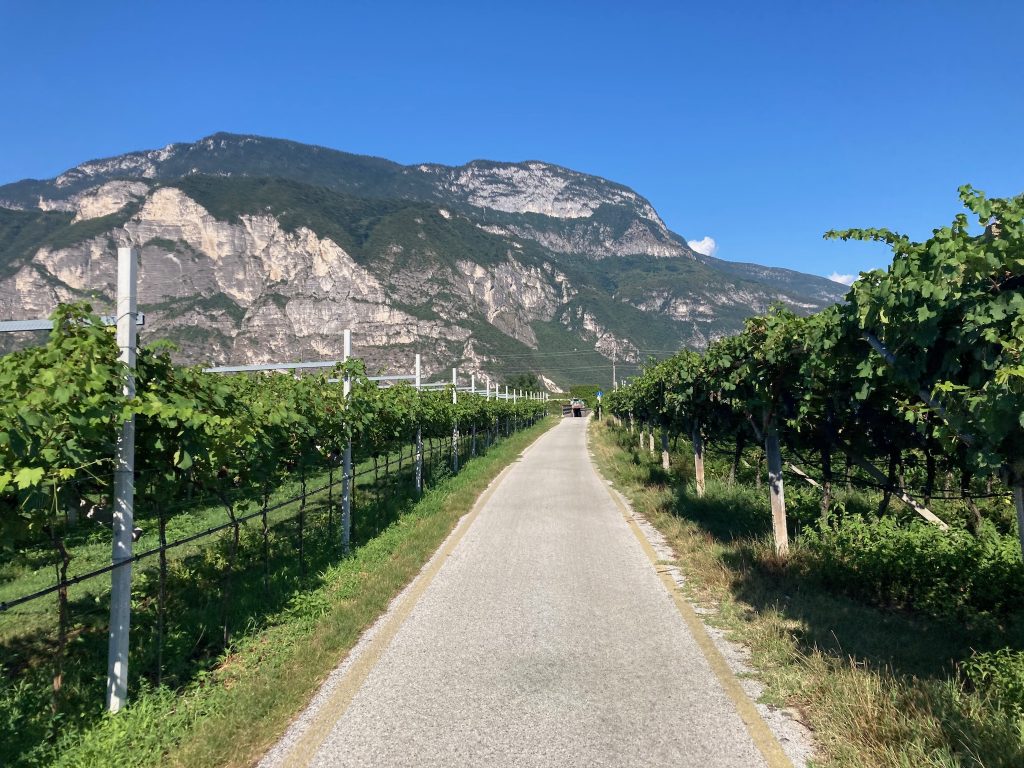 I got a reasonably early start to beat the heat the next morning, riding north up the Adige on a well-paved and popular bike path. The deep, flat-bottomed valley is flanked by impressive limestone cliffs, and climbs very little on the way north to San Michele all’Adige. I left the main valley there, continuing on a bike route (no longer exclusive path) through vineyards to Mezzolombardo, then climbing intermittently along a mix of path and secondary roads to the Lago di Santa Giustina. 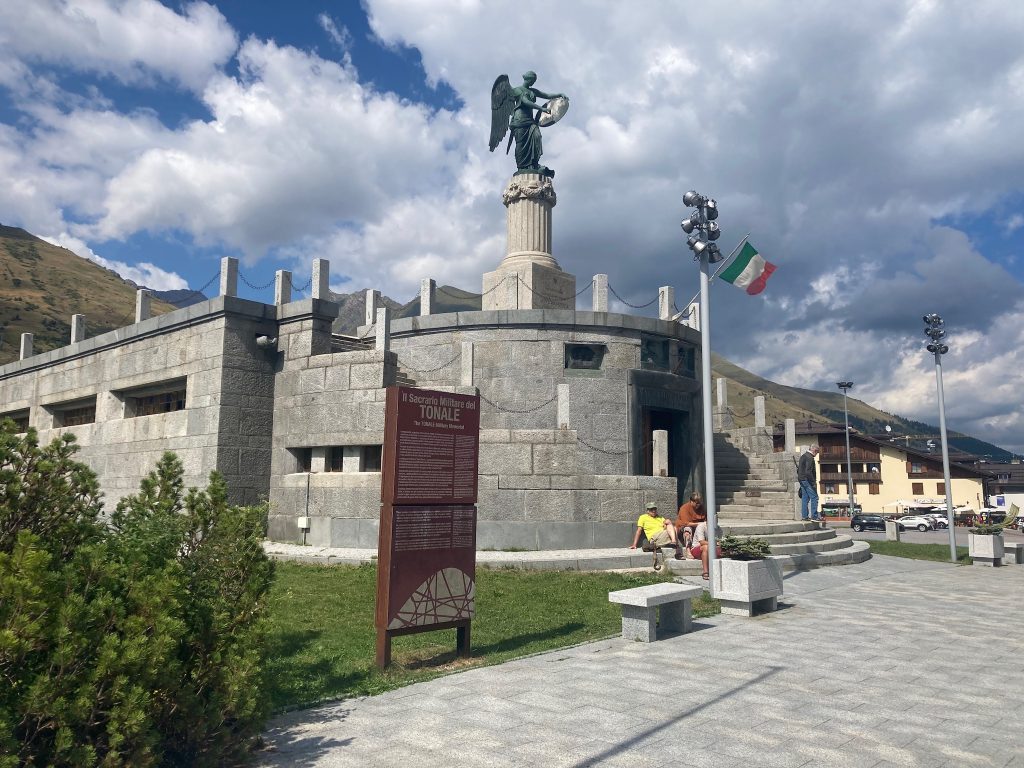 After a rolling ride along the lake, the road climbed more consistently to the Passo Tonale, on the old border between Austria and whatever this part of Italy was at the time (Lombardy and/or Sardinia). The pass itself, and the Adamello Group to the south, were the scene of more vicious fighting during World War I, and still held fortifications built long before. The top held a large tourist town, the usual ski area, and a monument and museum to the First World War. I sat outside the museum for awhile, then descended the steeper western side to Ponte de Legno. There I bought some food and debated crossing the high and famous Gavia Pass back to Bormio. This would have taken me back into some of the trip’s best cycling, but I lacked the time and energy, so I instead continued down-valley before finding a place to camp.