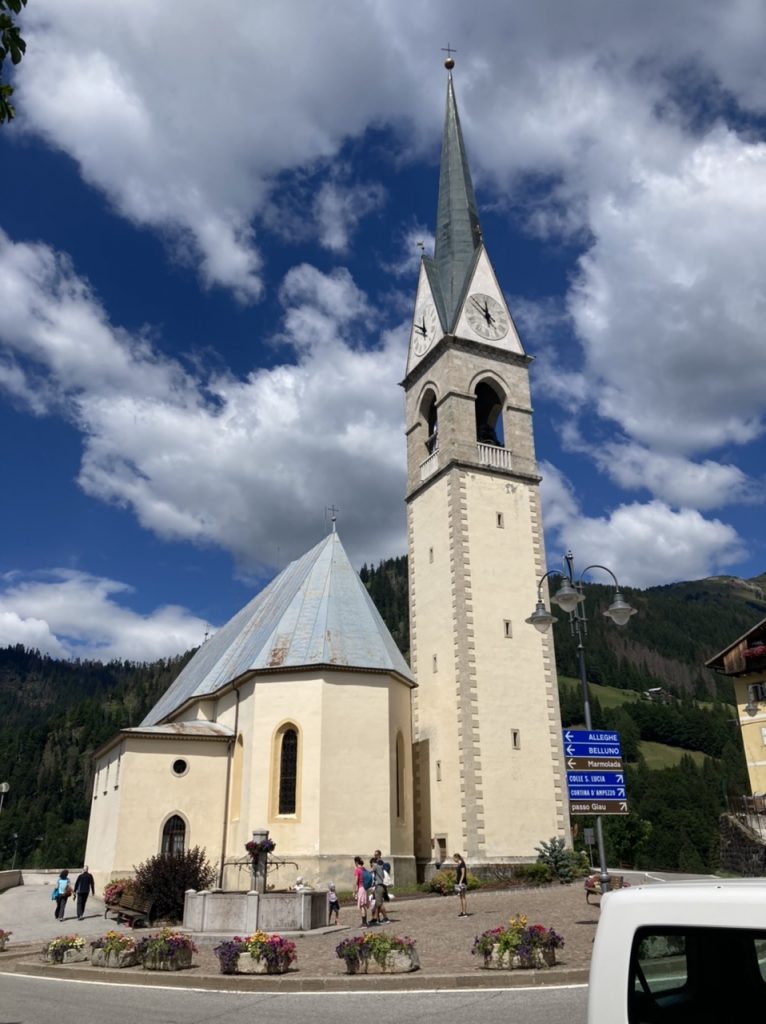 For my first full day in the Dolomites I rode the Giau and Fedaia Passes. I had already seen one side of the latter on my previous trip, when I did the Marmolada and the WWI ferrata on the other side, but I wanted to see both sides, and check out the glacier after a recent serac collapse killed several hikers.

I seem to have climbed the east side of the Giau, as I found the other to be long, relentlessly steep, and crazily switchbacked. My braking hands were stiff by the time I reached the little town at its base, so I stopped to sit on a bench before descending the last bit to the Fedaia.

This time I took the hard side, which had some brutally steep pitches near the top of well over 10%. It was late enough in the day for the motorcyclists to start becoming annoying, so I barely stopped at the top. The odd dammed-at-both-ends lake was very low, and I think I spotted the site of the serac collapse on the right lobe of what used to be a much larger and continuous glacier.

I stopped in Canazei to get some patches for my air mattress, and talked with a Welshman who worked at the shop. I was perfectly positioned to also ride the famous Sella and Pordoi Passes, but I had had it with motorcycles, so I headed south a bit to some more obscure roads.