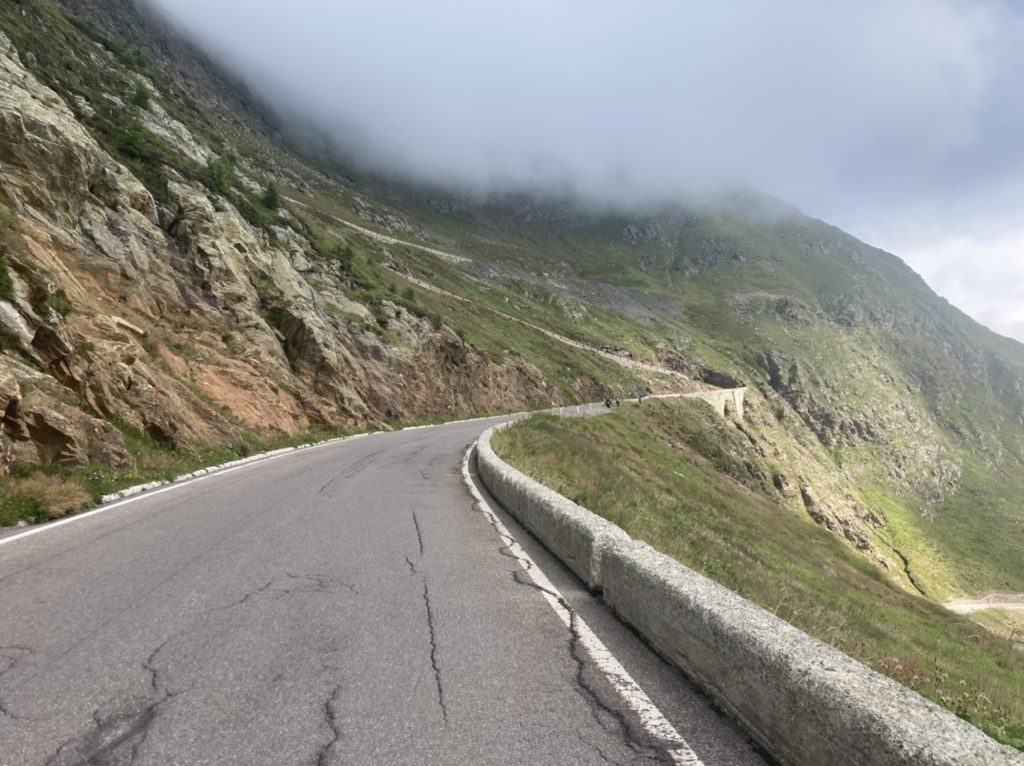 This was another serendipitous pass, found while scrolling around the map in the evening. The Timmelsjoch is a nonsensical pass between the much lower Reschen and Brenner Passes, connecting the Etsch and Inn valleys via the upper Passer and Ötz valleys (the latter home to the “Iceman” mummy, I believe). It was started as a Fascist showoff project, then abandoned and only completed well after the war. It has 18 tunnels on the Italian side, and serves no purpose but tourism. But that’s exactly what I’m here for, so… thank you Mister Mussolini?

Though it is almost as big and impressive as the Stelvio, the Timmelsjoch sees only a fraction of its cyclist traffic. It was a long, chilly grind to the top, with views mostly obscured by clouds. I stopped in the sad summit museum, but since it was all in German and Italian, I didn’t learn much more than that the builders really wanted to emphasize that the pass was a symbol of peace, not nationalism.

The Austrian side had no tunnels, but featured an annoying climb partway down, and a toll booth that exempted cyclists. It was also incredibly touristy: my introduction to Austria was several towns with lots of boutique stores and no public fountains. Fortunately this meant there were plenty of bike shops, because my shifter cable had frayed nearly to breaking. Twenty minutes and twenty Euros later, I was back in business, tooling down the valley toward Innsbruck. I did not feel much like camping on a small lawn next to a bunch of RVs, so I found a quiet pullout for the night.