Escape from the Lower 48 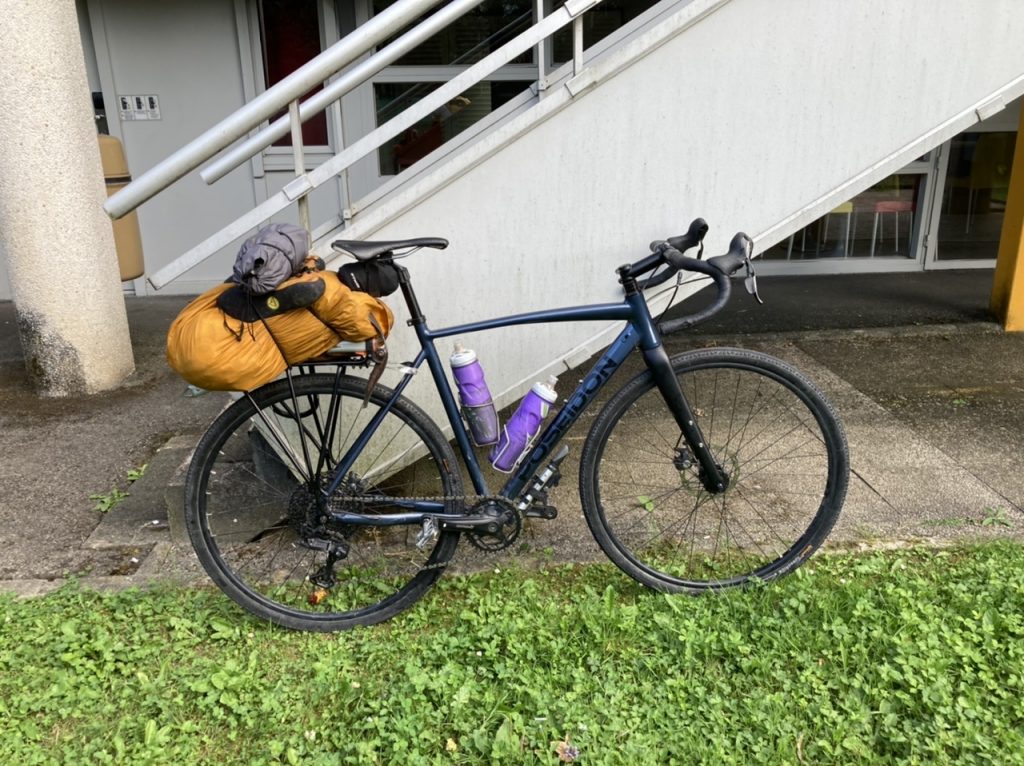 Doing it my way

Reaching the place you want to be is always one of the most brutal parts of international travel. Airports are invariably dehumanizing, airlines indifferent to their customers, airplanes crowded and late. Foreign transit has unfamiliar rules you learn only by making time-consuming mistakes. And this increasing strangeness is met with increasing sleep deprivation, so that by the end you find yourself trying to read a bus schedule or check into a hotel in a foreign language when your brain is barely working well enough to do so in your own. The misery of the ordeal is yet another reason to stay as long as possible.

This trip began at 2:00 AM in Denver, when I woke an hour too early and couldn’t get back to sleep. I was already packed, so I puttered around and ate “breakfast,” or whatever you call the last meal before extended transportation hell at a time that will soon be “dinner.”

I drove to some long-term parking near the airport, dragged my boxed bike out of the car, and shoved it onto the shuttle, where it annoyed the driver and most of the other passengers. There was a family with a confused baby, a professional woman, and some Asian tourists politely masked (I had forgotten mine in the rush). Once at the airport, I dragged the box around for awhile until I found the right counter, then had to open it and add the smallest, heaviest, least threatening items to my carry-on to avoid the $100 overweight baggage fee. Thus burdened, I wound my way through security, which fulfilled my dream of being groped by a rent-a-cop despite having pre-check status and no metal objects. At least the flight was on time and I had a window seat, so I could watch the sunrise, some interesting clouds, and a lot of cornfields on my way to DC. The guy next to me emitted more farts than words, but the plane’s HEPA filters took care of that fairly quickly.

Expecting at least one flight to be late, I had a long layover scheduled in DC. All of the accessible lounges were in other terminals, and the airport requires more walking than most, so I would get some exercise between bouts of sitting. I met an interesting Canadian couple in the Turkish lounge. I talked to him because he was taking dozens of photos of a Lego couple in front of the window. Expecting this to be some hashtag-desperate play for Instagram fame, I was overjoyed to hear that he was just practicing with his camera, and that the Legos were a way to put a subject in his photos without turning them into selfies. Very Canadian. He and his partner had both left jobs in Nunavut to travel the world, and this was the first leg of theirs journey.

After talking with the Canadians for awhile, I left to proceed to my gate, only to learn that my flight was delayed by an hour, which soon became three. I guess an engine had fallen off to original plane or something, because the eventually located a replacement and pulled it around. Fortunately and uncharacteristically, the new plane was both fader and bigger than the old one, so I had two window seats to myself, and we hit ground speeds over 600 MPH. Also, flying directly over New York City at night, I got to watch a dozens of small fireworks displays from 20,000 feet.

This flight was shorter and farther south than my last one from Seattle to Dublin, so it got dark and I had no Greenland to see. I may have slept an hour or so, but the double seat was just a bit too small to get comfortable, and others had taken the middle rows. I was half-awake as I went through Swiss customs, but they didn’t ask me any questions. The surveillance state seems more overt than in the States: my European cell plan required a photo of my passport, and the airport Wi-Fi demanded a scan of my boarding pass. Of course, in the States the government simply buys this information from a private data broker.

Because of the late flight, I only made it as far as Grenoble on transit, where I finally turned my bike from an awkward box to a useful machine. I booked the closest cheap hotel to shower, organize my gear, and try to sleep for some normal hours. Things started to look better at the Carrefour, where I picked up a baguette ($1), a half-pound of Camembert ($1.30), and other sundries. In my search for cheap, dense, durable local calories, I went for a bag of pain chocolat and a large chocolate bar. I will need to carry multiple days of calories in a daypack at times, and it looks like chocolate bars and perhaps sausage may fill that role.

A half-day of trains and buses later, I finally got going under my own power at the turnoff to Ailefroide, riding about ten miles up a wooded valley to a cute town that happens to be a bouldering destination. I must have passed 100 cyclists on the climb, a few even going my way, and none passed me, so I was feeling pretty good despite my heavy and awkwardly-loaded bike. I checked into the campground, then headed into town to forage and find a way to make my load more stable. The weather looks good for the forecast window, so there’s no good reason not to get this thing started.

Doing it my way

This entry was posted in Europe, Meta, Tourism. Bookmark the permalink.

2 responses to “Escape from the Lower 48”