This year I had no great overarching plan, and therefore have little to show in terms of notable achievements. Instead, I mostly have done a mixture of things of no particular significance, some of which were nevertheless enjoyable or memorable. 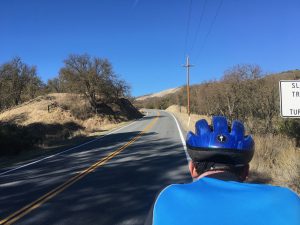 I had some larger plans on the bike, none of which came to fruition. However, I made some discoveries that may inform future tours. First, global warming’s inevitable advance is creating a widening window between when seasonally-closed roads in the National Parks and Forests are rideable and when they are open to cars. Prominent examples include Highway 120 over Tioga Pass, the Cascade River Road, and the road to the Grand Canyon’s North Rim, but many dirt Forest Service roads are also closed to prevent damage while muddy. In addition to offering miles of quiet riding, the closures return unbearably-crowded parks like Yosemite and the Grand Canyon to the blessed quiet of an earlier age, without tour buses and hordes of selfie-stick-wielding tourists.

Second, while the American Pacific Coast is short on interesting mountains, it has miles of good riding, such as the Big Sur coast. The mountains behind Santa Barbara and the greater Los Padres National Forest, while not quite coastal, are another revelation, containing a network of dirt roads permanently closed to vehicles due to repeated fire and flood, but not yet completely washed out and overgrown. 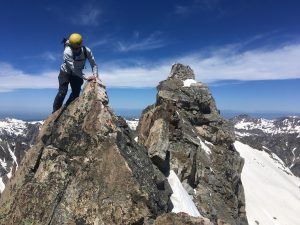 Without major goals, this was a year of checking off minor items on my to-do list. Some of those include:

This route on the east side of the Inyo Mountains, connecting springs and old mining trails, is one of the most remote-feeling places I have been, cut off from the lifeless Saline Valley by slot canyons and from the sparsely-populated Owens Valley by a 10,000-foot ridge.

I had been defeated twice trying to summit this obscure and minor peak west of Mount Moran. I finally reached it with Robert, approaching via Moran’s northeast shoulder and the western Triple Glacier and exiting via the Skillet Glacier for a long, wild day.

The overcrowding of Greater Seattle and hence the North Cascades has hit this route particularly hard, but a washout along the Cascade River Road kept the crowds at bay. When not overrun, it is a deservedly classic scramble.

These peaks between Baker Lake and the Pickets feature several surprisingly large and low glaciers, and views of some of the range’s most remote and inaccessible terrain.

The territory between Stevens Pass and Glacier Peak includes a number of high and spectacular peaks separated by deep drainages. In particular, climbing Buck is either difficult or long from any direction. I chose to go up the hard way (northeast face) and down the long way (Buck Creek Pass), for a mix of steep bushwhacking, tricky scrambling, and superb trail-running.

What looks like an unpleasant choss-pimple on Mount Rainier is actually a fun scramble, far more interesting than the standard routes on its looming parent. 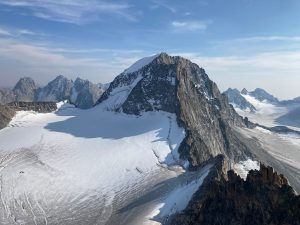 Perhaps the only notable thing I did this year was to climb Wyoming’s 36 13,000-foot peaks quickly, taking just under nine days. Most of the peaks, and most of the challenges, are found in the northern Wind River Range. This area is home to the best Rockies glaciers south of Canada, and is one I have been meaning to revisit since doing Gannett way back in 2012. The 13er speed record was the impetus I needed to go backpacking, and once committed, I also managed to scramble Ellingwood’s north ridge, another to-do item and a candidate for the final Classic Scrambles list.

I had opportunities to step back from my nomadic life in 2021, but realized that I harbor some remaining ambition, and value my hard-earned autonomy. With Covid’s risk for me on the level of the flu, which has never limited my plans, and with restrictions on international travel easing due to a mixture of decreased risk and increased fatigue, I hope to reclaim the plans I set aside in early 2020. The specifics will depend on my fitness and the state of the world in a few months, but you can hopefully look forward to summer dispatches from Dr. Dirtbag from Europe, Asia, or at least the Great White North.