As usual at this time of year, my activities are winding down. While I still have a few things planned between now and the end of the year, the main ambitious part of my season is over. It has been a good year, on par with 2012 and 2014; read on for some of the highlights. 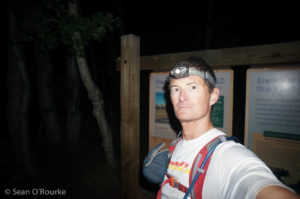 Since I rarely race, FKTs are a good way to keep myself honest. I am already well past my peak potential, and with advancing age, I have very little time to make a contribution or have an impact in terms of pure speed. So this year, I decided to focus on developing some speed, and on deliberately applying it on a few significant outings. This does not include most hard days, on which I do not try for maximum speed, nor does it include various Strava things, which are not interesting to many people. It includes only broadly interesting objectives for which I focused on speed. 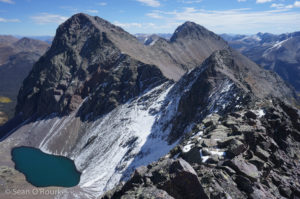 Traverse from Nine to Guardian

The speed and endurance I developed for FKTs were useful on a number of longer outings. While these efforts often involved headlamp time and trail running, I was focused less on speed than on enjoying wild and remote places without a miserably heavy overnight pack. The best days were probably those in Colorado’s Weminuche wilderness, east of the Animas River between Durango and Silverton, home to some of the state’s least accessible and most interesting peaks. 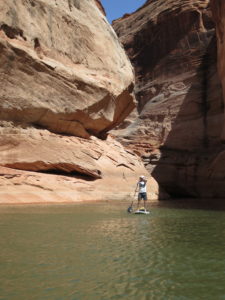 A rare moment of balance

More than in previous years, I deliberately spent some time this year focused on “type I fun.” This included wandering around the southern Utah desert, flailing on a rope in Squamish and Utah, some casual peak-bagging in the Cascades, and even atypical water-related activities. These breaks allowed me to maintain fitness and avoid burnout for more of the season.

Also along these lines, I would like to thank the friends and chance-met outdoor people with whom I have spent time this year, who broke up the long solitary hours and lifted my eyes from the trail. Mike introduced me to his network of friends over the winter, and kept me honest about my performance limits. Renée introduced me to new places and things I would not have otherwise done, and motivated me with her infectious enthusiasm. The Climbers’ Ranch regulars, too many to name without leaving someone out by mistake, once again made Work Week a social oasis in my summer travels, worth the drive even though I am running out of things to climb in the Tetons. Kate allowed me onto her island for a brief and welcome respite between breaking my hand and finding a suitable brace.

Finally, I would like to thank the readers who have followed along on this summer’s adventure. I will probably have little to say over the winter, but hope to see you again in the spring.