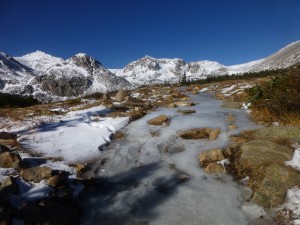 After getting spanked by fresh snow on a couple of outings, I decided I needed to be a bit smarter in my choice of peaks. From a few years ago, I remembered that many of the Indian Peaks were fairly accessible, and that Neva had looked nice from Arapahoe. A bit of research showed that it had a “Colorado class 4” north ridge with a trail leading most of the way to its base, which sounded perfect for the current conditions.

After a windy night at the trailhead, I read in the car until the sun finally reached me around 9, then started up the popular Arapahoe Pass trail. The trail had been well-trod the previous day, and the numerous rivulets it crosses had spilled into the rut overnight, turning long sections into skating rinks. 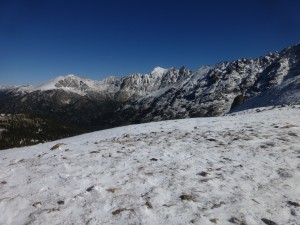 Still, it was easy hiking to the Arapahoe Glacier turnoff, then a bit slower on the less-used and snowier trail to the pass. The “pass” is actually two passes: Neva’s north ridge splits in two, so one trail descends the east fork, while another climbs up over the Y’s junction to avoid some cliffs before descending the west one. 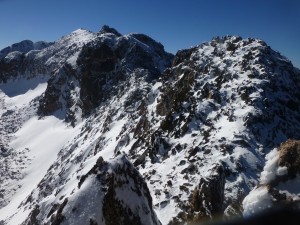 The wind had obliterated any previous tracks, so I ignored the trail and headed straight up past Lake Dorothy to the base of the route. There was enough snow to make the first part mildly obnoxious, but it was far better than the past two days’ snow-covered talus. I made my careful way along near the crest, eventually reaching the short crux. After inspecting it for a bit, I angled up the left side, occasionally excavating a foothold, but usually finding plenty of positive hands and good feet. The snow and rime made it scenic and fun. 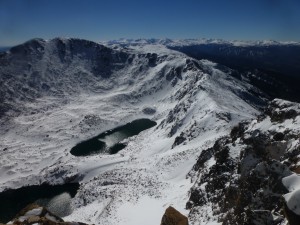 From there, a bit more awkwardly-snowy ridge-walking led to the summit plateau. Traversing on over Jasper is evidently one of the easiest ways to get off Neva, so I hiked on around the horseshoe ridge, finding nothing remarkable other than a wayward survey marker. 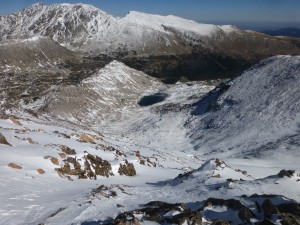 After a break on Jasper, I scrambled over to its north sub-summit, then glissaded and plunge-stepped down a couloir filled with powder on top of old, crusty snow. Nearing the bottom, I found a boot-pack from the previous day, which I followed past an unnamed lake and down toward the main valley. Rather than bush-whack all the way to the trailhead, I contoured around and climbed up the other side, eventually reaching the main trail, now crowded with people out for an afternoon work-out. This is Greater Boulder, after all. 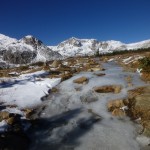 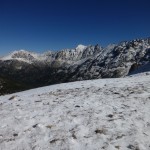 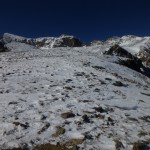 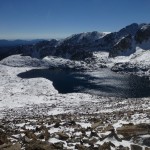 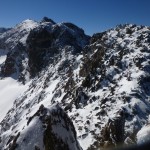 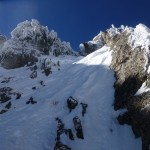 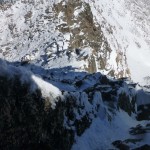 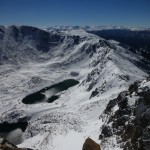 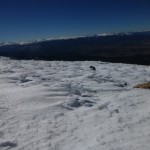 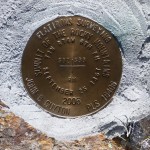 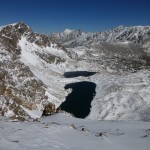 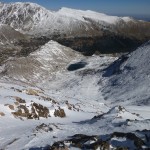