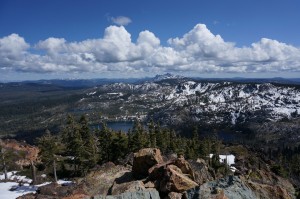 English Mountain, Sierra Buttes, Mount Elwell, and Adams Peak are the four northernmost peaks on the SPS list. While only Sierra Buttes is interesting, tagging them put me exactly 3/4 of the way to finishing the list, and delayed another Nevada crossing.

English is located deep in a tangle of generally well-maintained forest service roads, making it difficult to reach in winter or spring when they are closed. Fortunately, the necessary roads were open and dry, so I drove in to near Jackson Reservoir, then cut through some kind of private inholding to reach the peak’s northwest side. After some hiking and a bit of scrambling toward the top, I reached the weather station at the summit.

Rising several thousand feet from most of its surroundings and topped by 4th-class rock, Sierra Buttes would be a fairly challenging climb, were it not for the fire lookout on top. Thanks to the lookout, there is a paved road to within a few miles of the summit, and a staircase bypassing the final scramble. After passing some milling crowds of mountain bikers, I joined a few fellow tourists in hiking up the trail and road to the currently-unoccupied lookout. While not as impressive as the old Needles lookout, the Sierra Buttes tower is still fairly impressive. Graffiti in the rock near the lookout purports to be from the 1880s; I believe it is genuine, since no one these days takes the time to carefully scratch serifs on their graffiti letters.

Adams is a brushy knob northeast of Elwell, surrounded by a maze of logging and ATV roads. I approached from the west, taking a series of progressively worsening dirt roads to what I thought was the closest point I could reasonably reach. From there, I headed cross-country more or less straight toward the summit, reaching an ATV path near a meadow on the ridge north of the peak. From here, I found some cairns and a bit of a trail leading to the base of the crux, a 100-foot shrub-whack and scramble. The summit register featured all the usual suspects. I found a faster way back via a long-abandoned road; continuing the key-based shenanigans, I made the peak a bit more challenging by dropping my keys near the top, forcing me to nearly do a second lap to retrieve them. 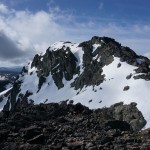 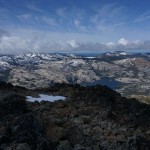 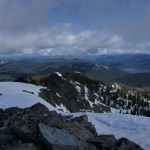 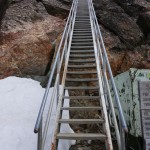 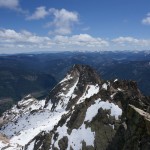 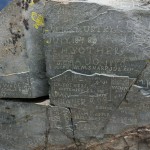 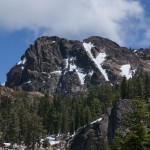 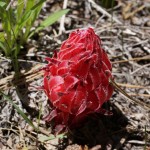 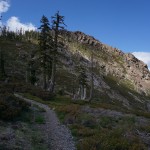 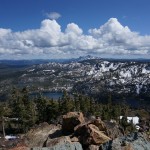 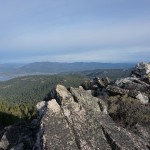 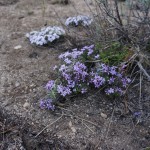 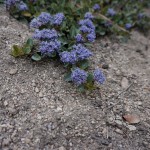