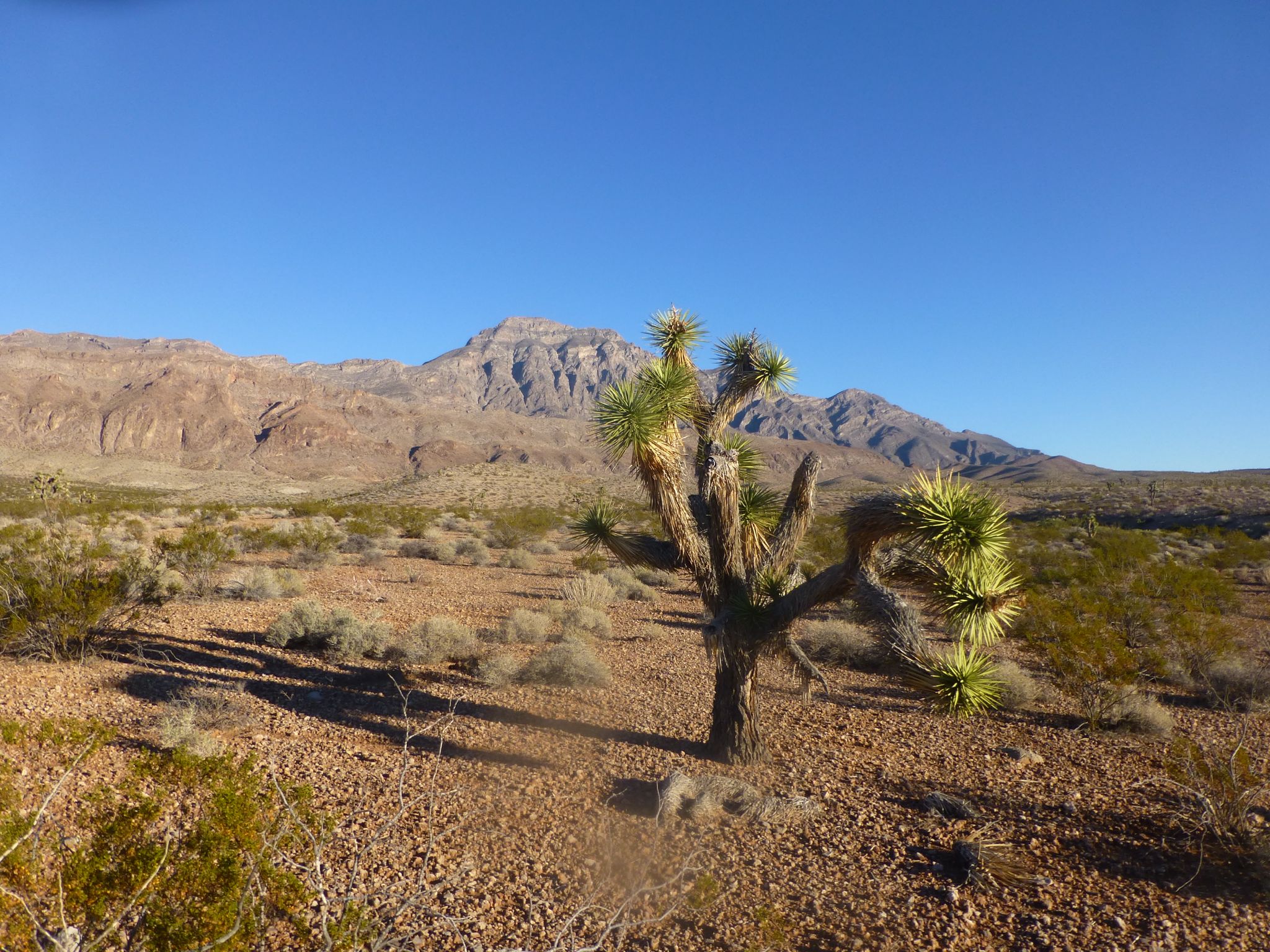 I had never heard of Muddy, but I knew of Moapa, and had been meaning to climb it for some time. After waking up along one dirt road, we returned to I-15, where I got some lousy gas station coffee, then continued east before turning off on another, marked by an impressively burning semi truck. I would have taken a picture, but there was an extremely shouty cop on the scene. I don’t think there’s anything illegal about watching a burning truck from a safe distance, but he seemed to have a healthy dose of cop-rage, so I didn’t press the point.

We did much better on this road, getting within about two miles of the trailhead at the price of some scratches inflicted by the encroaching creosote brush, mostly on my side of the car. Where Muddy is shorter than it appears, Moapa is taller, rising 3500 feet from the valley floor with few visual cues.

From the trailhead, an old road leads through a gap in a rock fin to Jack’s Pockets, an apparently man-made catch-basin hosting a small, green lawn. A long walk across loose rubble eventually leads to a dry streambed connecting to Moapa’s southwest ridge. The streambed is mostly easy boulder-hopping, with one dry waterfall passed via a use trail to the left.

The way to the main west ridge from this southwest ridge appears to be blocked by a headwall. However, a meandering path marked by a series of cairns leads through the cliffs with no more than a few bits of 3rd class scrambling. From here, the broad ridge leads eventually to the west side of the large summit knob. This west side may go as a 4th class cactus-fest, but the standard route is easier and less direct, circling around the south side of the cliffs to the shorter, eastern end of the summit knob. From there, the path to the higher, western end follows an easy but surprisingly exposed ridge, gained by one of several short 3rd-class pitches. With decent balance and a head for heights, the rest can mostly be done hands-free or even hands-in-pockets.

Thanks to aggressive low-clearance driving, we had a short day, making it to the car before dusk. Unfortunately, after a long drive, we found the high trailhead in the Spring Mountains snowy and cold enough to make both camping and hiking unpleasant. Tired and frustrated, we headed back to the valley to camp. Hopefully, between my limited knowledge of area peaks and my partner’s data plan, we could find something else to do for the next two days. 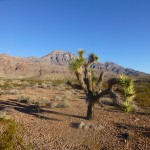 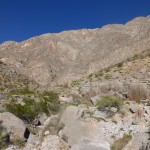 Ascent gully ahead and left 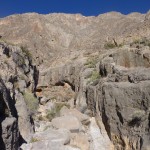 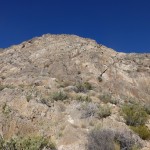 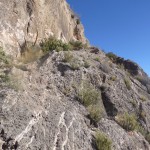 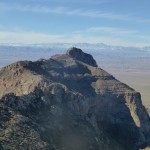 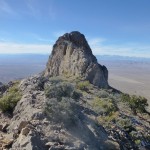 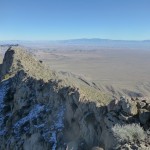 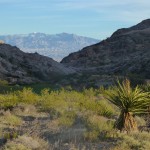