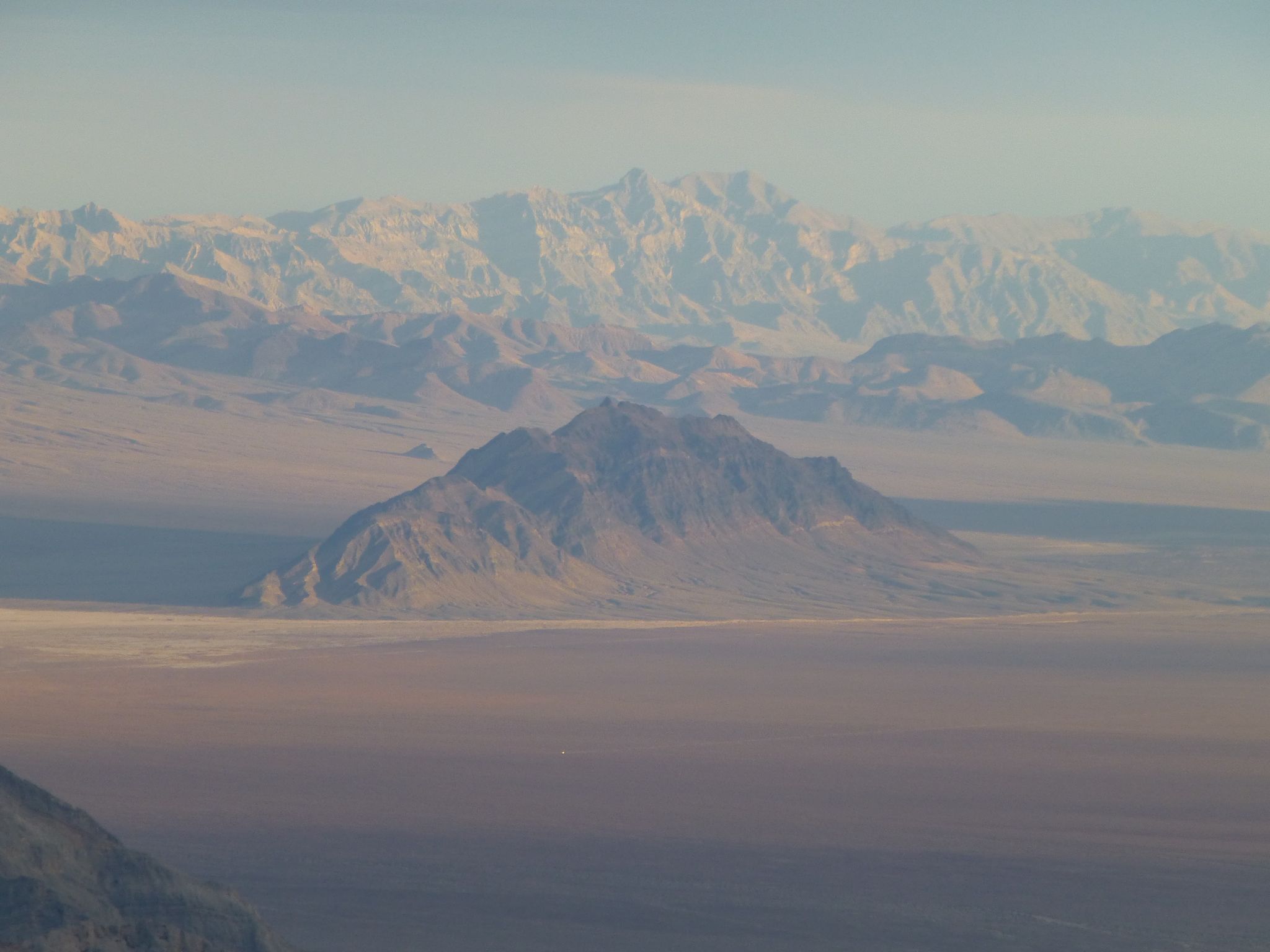 It turns out that if you roll in late and leave early, the group sites at Red Rocks are free. That’s useful knowledge, since it’s a huge improvement over sleeping in a Walmart parking lot or driving all the way to BLM land past Las Vegas’ sprawl. After seeing the snow up high, we (well, mostly me — my partner is much more tolerant than I of that sort of hardship) decided to head west to the desert. I had enjoyed a quick climb of Eagle Peak on my way to Red Rocks last fall, and have admired nearby Pyramid on my many drives through Death Valley over the years. While my partner drove, I downloaded as many relevant topo maps as I could on spotty desert data coverage.

After cooking breakfast along the dirt pull-off near Eagle, we crossed the mighty Amargosa River, which miraculously featured actual water this time. Eagle is a small north-south fin standing by itself near Death Valley Junction. For variety, I had thought to traverse the peak from one end to the other, but upon closer inspection, I decided that looked time-consuming and not especially interesting. Instead, we followed the standard route up the west face.

This route is admirably direct and surprisingly steep for a desert peak. However rather than the usual desert rubble and dirt, Eagle consists mostly of solid and incredibly grippy gray rock. After the standard stroll across the desert floor, the climb to the ridge is mostly a walk up a class 2 ramp. Reaching the summit, we agreed that the traverse would not have been worth it. Even spending considerable time on the summit admiring the snow on Mount Charleston to the east and Telescope Peak to the west, we were back to the car by lunch, and headed still further west for Pyramid.

Pyramid starts with a much longer, slightly uphill walk along the desert floor. Along the way I was surprised to find faint traces of an old dirt road, leading to a couple pieces of timber and what might have been a small mining operation. With almost nothing growing in the exceptionally dry area, the walk was easy, but still took the better part of two hours.

Nearing the peak, we looked at the route description, squinted at the downloaded topo, then chose a feasible-looking spur to reach the southeast ridge. Our ridge was probably not the best, but it worked; as on many desert peaks, no route was free of cactus and loose rubble, but any one will do. Nearing the main southeast ridge, I was pleased to find a bit of exposed 3rd-class scrambling to break up the climb. Above that, more hiking over several false summits eventually led to black-and-white true summit visible from the road.

With high, thin clouds weakening the sun, my partner promptly put on her down jacket and sat down to enjoy our perch. Having left mine in the car, I put on my shell and tried to minimize my surface area. Though Pyramid is less visited than Eagle, it had a surprisingly nice register containing several familiar names. Though I have never and will never meet them, I almost feel like I know these people I have “met” on so many summits. After watching me do calisthenics to stay warm, my partner finally relented, and we started down. Though I got a good look at a lone bighorn sheep, he was too fast and my camera too slow.

We hoped to reach the desert floor by dark, but it grew obnoxiously dark as we made our way down the shady east side of the ridge. After a high-stakes round of headlamp chicken among the barrel cacti (“the most dangerous animal in the desert”), we sat to enjoy the stars and silence, with no living creatures, often no planes, and only a few distant cars disturbing the night. Though we had noted the direction of the car relative to the surrounding peaks, this forethought proved less than useful with no moon and clouds obscuring the skyline. However, by some combination of skill and luck, we finally emerged on the road only 50 yards from the car — only a fraction of a degree. 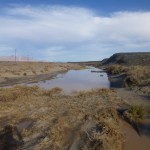 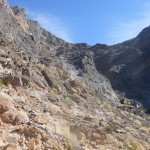 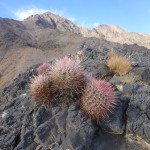 Pyramid and a dangerous animal 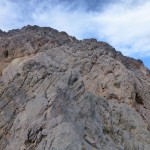 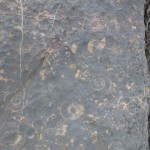 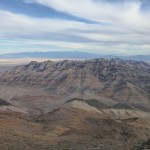 East across Funeral range to Charleston 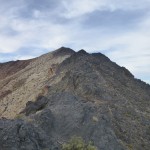 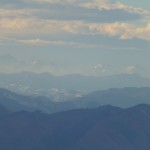 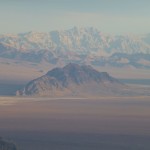 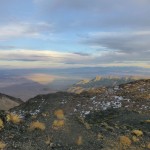 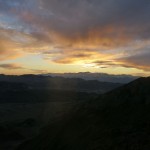