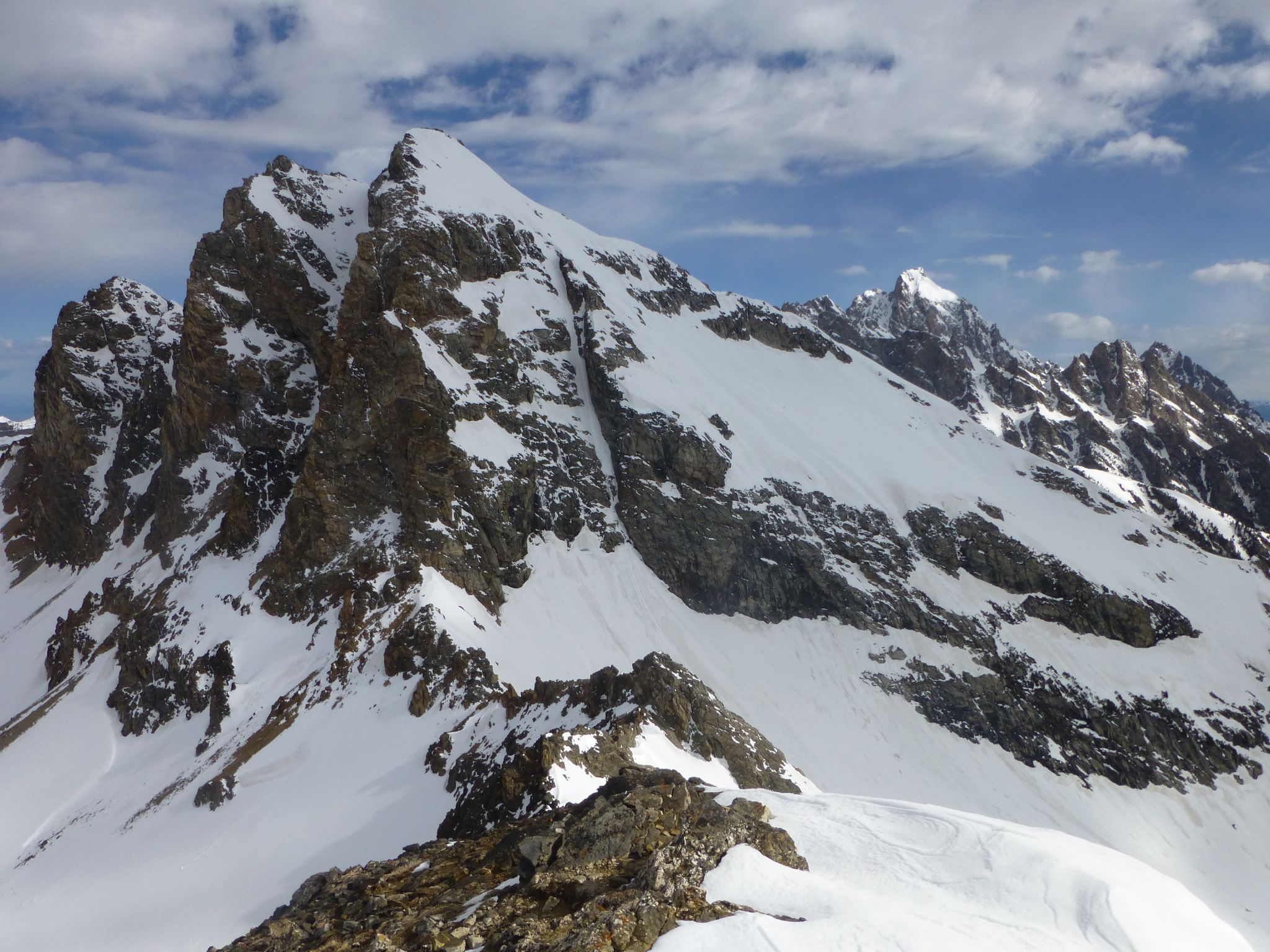 Albright and Static are two unimpressive peaks just north of Death Canyon. While this traverse started out as a box-checking exercise — I had yet to climb Albright and Static — it turned out far more interesting than I had expected. With fun scrambling to be found on Buck’s south ridge and warm, calm weather, it was a good reintroduction to the Tetons.

After spending the night near Death Canyon, I got a semi-alpine start around 6:00 AM. I glanced at the Apocalypse Couloir on Prospector Peak, but it looked partly melted out; I thought about the 7.7-mile hike around to Static Divide via the trail, and was not enthusiastic; so I took off straight up the clearing and snowfield on Albright’s southeast side. The clearing was more brush than meadow, but the elk had helpfully cut a path. Nearing the top shortly after 8:00 AM, I was climbing in a t-shirt and the snow was already becoming soft.

I stowed my crampons at the summit, then occasionally post-holed my way across the snowy portions of the ridge, dodged some rocky outcrops, and rejoined the trail at Static Divide. Much of the subsequent south-facing ridge was blown clear of snow, and I followed a sort-of trail to Static’s summit.

Looking along the ridge to Buck, I was not optimistic: the obvious step in the ridge looked awfully steep. It looked like I could bypass it via a steep snow chute to the right, but I reassured myself that climbs always look steeper when viewed head-on, and started down toward the saddle. In retrospect, following the ridge was a bad idea, since the rock from Static to the saddle is alarmingly rotten. Though I realized it too late, I should instead have dropped onto snow to the west, then contoured across to the saddle. Instead, I carefully picked my way down the ridge.

Traversing one section, I split an apparently solid part of the ridge, pulling off a sizable chunk. It split into two microwave-sized blocks, one of which pinned my lower leg in the slush. Though it took me ten uneasy minutes to dig myself free, I was lucky — had it been summer, it might have broken my shin. Somewhat shaken, I continued to the saddle.

The step still looked intimidating, but I saw a sort of ramp at the base, and tentatively started up. I was amazed to find solid, golden granite with large, positive holds. Instead of dodging to the right, I found a winding line straight up the face, with excellent 4th and easy 5th-class climbing. At one point I was stymied by an overhanging chockstone guarding a chimney, with steep climbing to the left, but found a “secure” (i.e. “awkward”) squeeze chimney to the right, then returned to the face. Thinking the hard part was over, I was briefly dismayed to find a notch with a rap sling, but quickly found a bypass on snow to the right. A bit more fun, steep climbing from the notch led to easier terrain and the summit. As it turned out, Buck’s south ridge is an excellent scramble and, being south-facing, was mostly free of snow and ice.

I sat for awhile sunning myself, checking out conditions on the main peak, and watching another party make their way slowly up the east ridge. When I finally decided to come down, the snow on the east face was mostly slush, so the descent involved more plunge-stepping than glissading or boot-skiing. Leaving the snow near where the trail parallels the creek in Stewart Draw, I squelched my way back to the car in my sopping boots, cooked a leisurely lunch, and headed into the Ranch for a shower. It’s good to be back. 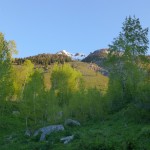 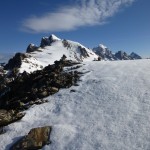 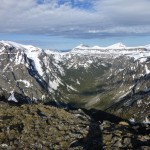 West up Death Canyon from Albright 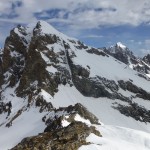 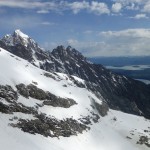 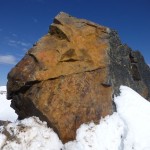 Rock that broke off on me 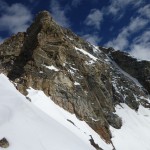 Base of Buck’s south ridge 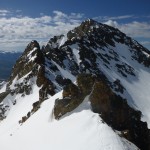 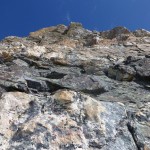 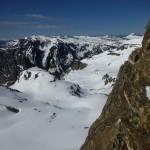 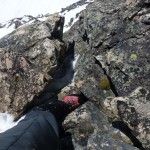 Looking down through squeeze chimney 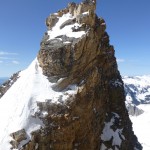 Looking back across notch 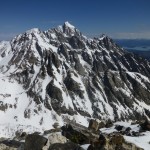 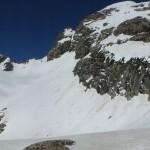 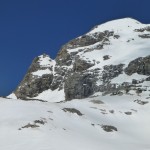