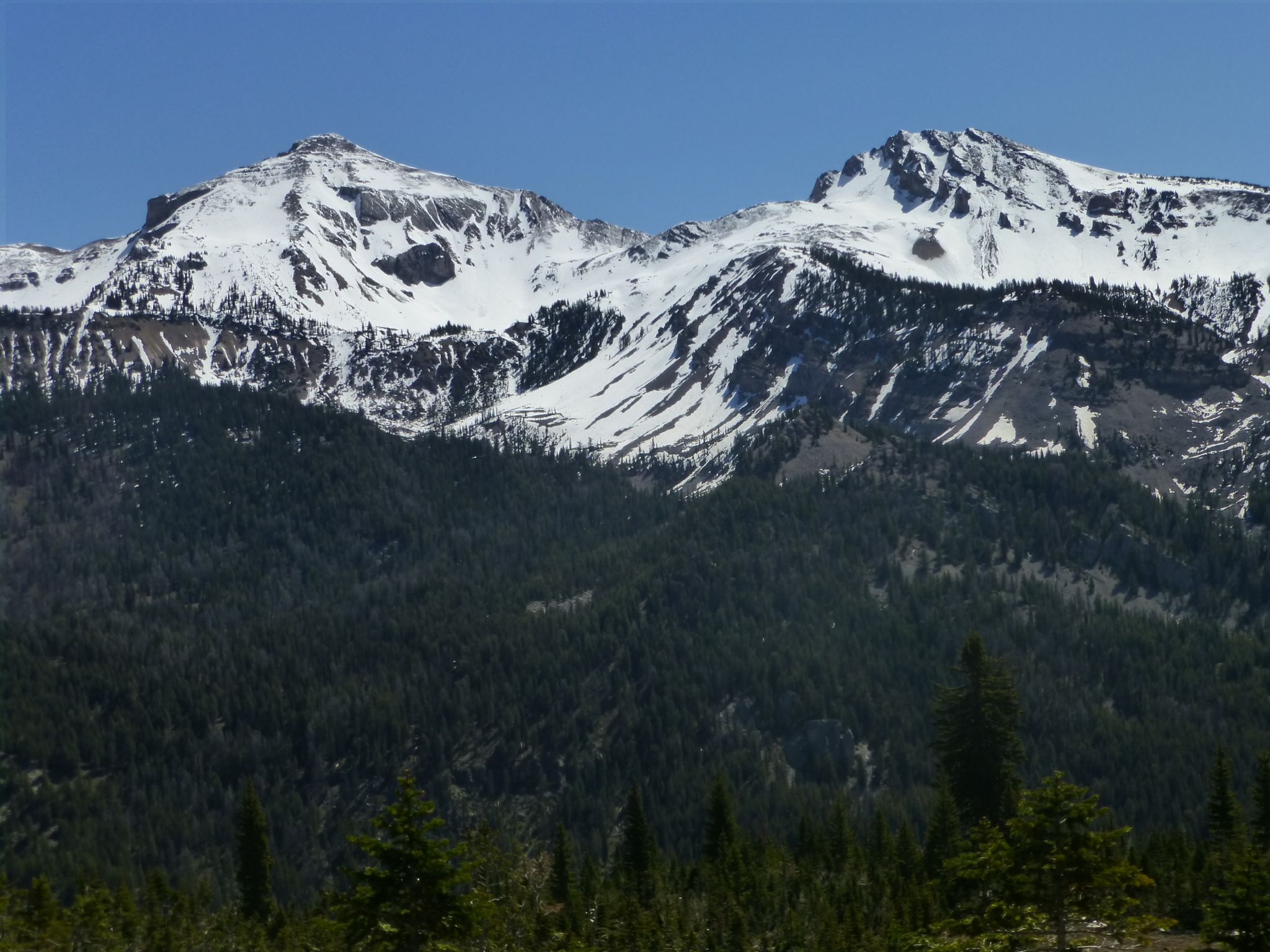 It’s amazing how much easier it is to bag peaks when you can actually see them.

The Gros Ventre range is a blob of mountains east of Jackson consisting mostly, as far as I can tell, of rotten rock and talus. They are still scenic and uncrowded, though, and with snow covering the talus, quite pleasant. Antoinette is a relatively shapely and accessible peak on the southern end of the range, with “Open Door” its immediate southern neighbor. Both can be reached from the Granite Creek road.

The approach starts on a well-defined trail up Swift Creek, passing some impressive slabs to the east. I reached snow below treeline, and I stopped to put plastic bags on my feet — my boots are no longer even vaguely waterproof. While I suffered a bit for my lack of snowshoes, I was able to pick my way onward without too much postholing. Where a sharp ridge heads south from Antoinette’s east ridge, I took the long, broad valley to its east, eventually reaching the toe of the east ridge.

Getting on the ridge was kind of a grind, either digging my way up soft, steep snow between the rock outcrops, or trying to climb the “mystery choss” — rotten rock partly covered by fresh snow. Once I reached the ridge, it was mostly easy travel to the summit. While the Grand was in the clouds, I could make out most of the other Teton peaks to the northwest, as well as the Absarokas to the northeast, part of the Winds to the southeast, and the Wyoming range to the southwest.

Rather than hang around camp all afternoon, I decided to tag nearby Open Door, named for a rock formation in the nearby Granite Creek valley. Other than one rock rib, I easily descended Antoinette’s south ridge on snow-covered obnoxious talus. A snow gully to the east got me within 100 feet of Open Door’s summit, with a final bit of scrambling on rotten rock to gain the ridge. The final climb up the ridge was the day’s crux, with exposed class 3 climbing on truly awful mystery choss. After pulling and kicking off some pieces of mountain, I found enough solid rock to reach the summit.

After retracing my steps to the saddle, I dropped into the bowl south of Antoinette. Small cliff bands might have made this more complicated, but enough snow remained to simply glissade over them. With plenty of daylight left, I found a nice campsite a short distance down the road, and set out my chair to watch the sun set on the peaks. 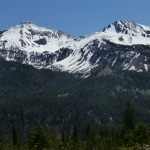 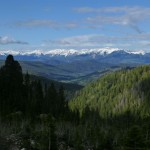 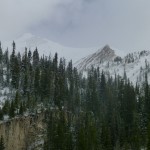 Antoinette from the woods 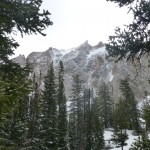 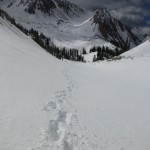 View down long valley below ridge 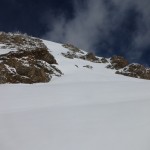 Steep pitch to gain the ridge 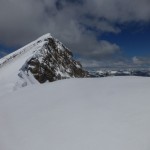 Summit from above steep pitch 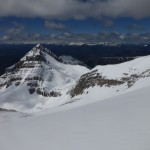 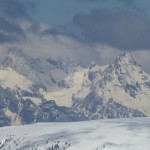 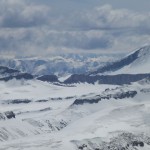 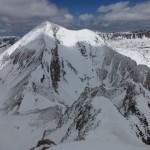 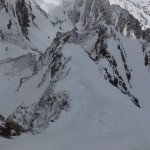