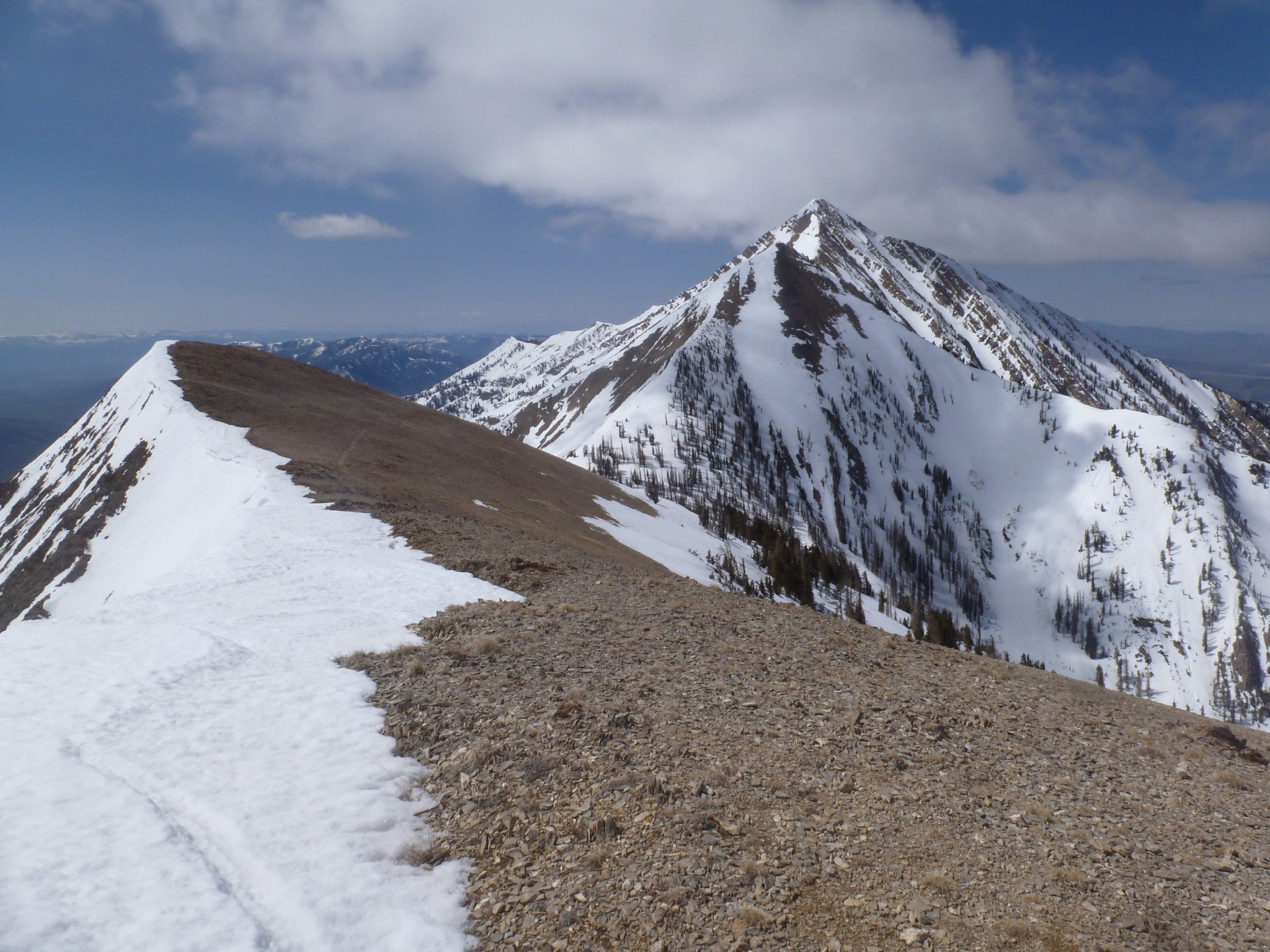 Nebo and North are at the southern end of Utah’s Wasatch range, with Nebo being the range high-point. In the summer, two trails lead to Nebo’s summit from the scenic road to its east. However, since this road is still blocked by snow, I had to look at other options. ‘Tis the season for snow climbs, so the northwest couloir out of Pole Creek was the natural choice, efficiently reaching the summit with a bit under 5,000’ of climbing (depending on where you park). The road is rocky and steep, requiring 4 wheel drive, but not difficult by Colorado standards; a snowbank currently blocks progress perhaps a mile or less from where one leaves the road for the couloir.

Conditioning helps, but conditions change everything. After being shut down in part by soft snow the previous day, I dispatched these two peaks in about 5.5 hours thanks to a cold front that firmed everything up overnight. It may have been a bit too cold — my fingers, toes, and eyeballs were uncomfortable at times — but it was worth it.

After testing a snowbank next to my car, I decided to leave the snowshoes behind, and started up the road a bit before 7:00. I left the road at the obvious avalanche path, following some old snowboard and ski tracks which turned west through the woods, picking up some relatively open terrain in a ravine. After awhile climbing through trees, I reached the broad bowl below Nebo, from which the northwest and Champagne couloirs are obvious. The recent warm weather had caused some decent-sized wet slides, but everything was staying firmly in place today.

It was cold enough in the open that I was climbing in my shell with the hood up, occasionally turning around to thaw my left eyeball. After a long climb across the basin, I reached the base of the couloir, where I soon picked up a perfect boot-pack. Where it was interrupted by the recent slides, the snow in the couloir was almost perfect for crampons; when I punched through, it was easy to find a more solid line nearby.

I got a brief taste of sun exiting the couloir, then made my way around some bare talus on my way to the nearby summit. There was a surprisingly well-preserved register in a sturdy canister, though no one had signed it in a couple of weeks. The increased sun and wind more-or-less canceled each other out, so I huddled in my down jacket on the summit for a few minutes while putting away my crampons, then took off down the trail toward North. The east side of the ridge was mostly scoured bare and dry, and where it wasn’t, it was easy to kick steps in the snow.

I spent hour or so of straightforward walking reaching North, watching the clouds and snow showers to the north. I found a ledge on the east (lee) side of the ridge, and shoveled down my summit fish as a few snow flakes started to fall. The avalanche path just south of the summit dropped me, with a mixture of plunge-steps and boot-skiing, to the road a couple hundred yards above where I had left it in the morning. Two Wasatch 11,000′ peaks done, and back to the car for a late lunch.

Even the poor bear postholed

Nebo from the valley 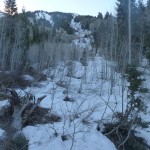 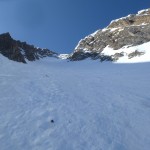 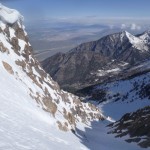 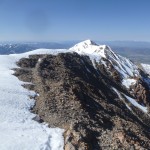 North from North, Bald and clouds 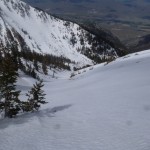