Montana has some surprisingly well-built National Forest roads, trails, and campsites. The trails surprise me, since they are useless to loggers, and while I have seen lots of people enjoying the free primitive camping, I’m not sure how many stray from their cars and hip waders. Hopefully the trails and roads are being maintained, though given the constant budget squeeze National Forests face, I’m not optimistic.

Montana also has cool little things like Quake Lake. In 1959, an earthquake triggered a massive landslide that killed 28 campers and blocked off the Gallatin river, near-instantly creating a lake. The slide must have been amazing to watch: a hard outer layer of Dolomite on one entire side cracked, releasing itself and underlying soft layers to wash across the canyon and partway up the other side. Some large blocks of Dolomite didn’t even roll as they slid, but wound up right-side up on the other side.

One such boulder has a plaque with the names of those killed. The Forest Service staffs a small museum that, annoyingly, charges a separate entry fee, but the slide itself is worth a stop if you travel through. 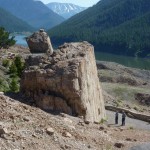 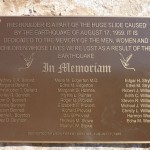 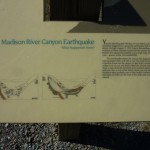 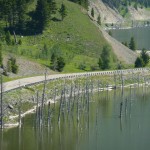 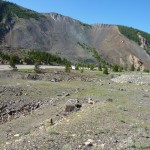 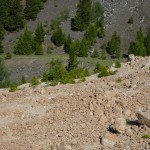 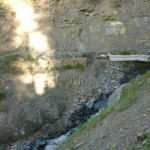 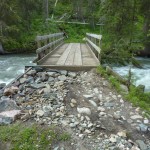 This entry was posted in Montana, Tourism. Bookmark the permalink.