Austria to the Dolomites 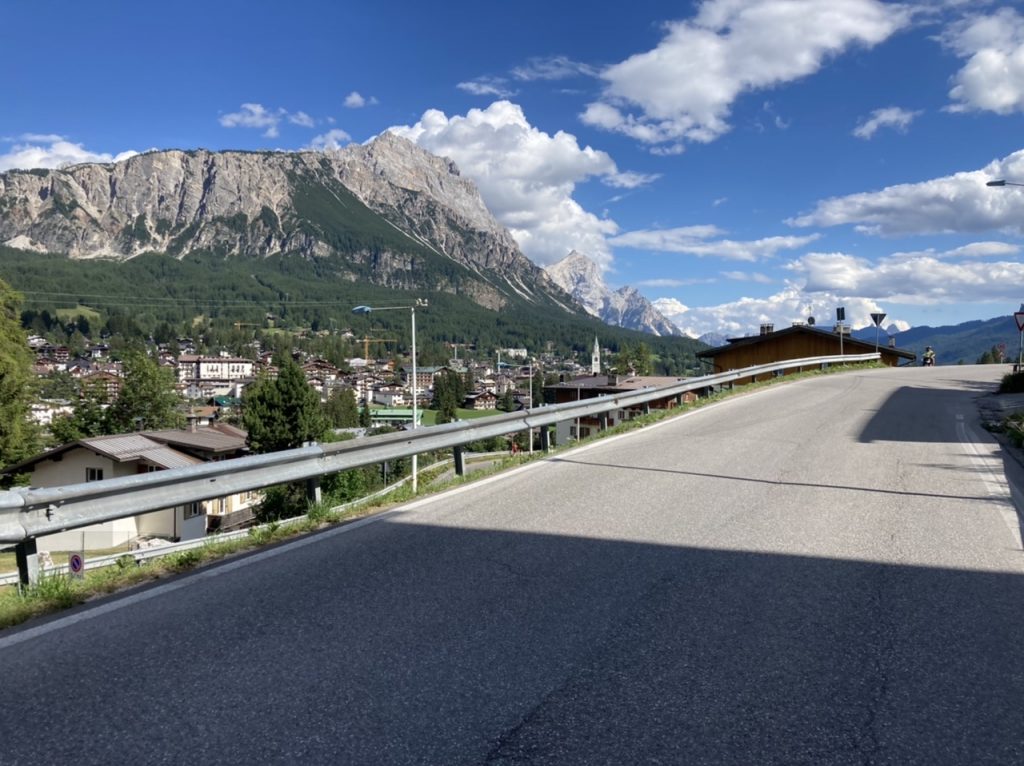 Austria has plenty of Alps, and roads into them, including some of the highest. But looking at my map, it seems that many of them are dead-ends, ending at the last town in a valley instead of continuing over a pass to the next. This makes sense from a road-building perspective, but is not ideal for touring. Fortunately the Italians aren’t so sensible: if there’s a saddle between two towns, they will put a road over it. Nowhere does this seem more prevalent than the Dolomites, but first I had to get there.

From the Ötztal, I rode down the Inn River to Innsbruck, then took the sensible Brenner Pass back to Italy. The Inn valley was a pleasant ride, with high cliffs on the north side near Innsbruck. The Austrian side of the Brenner Pass was gentle and somewhat dull, though at least the parallel autobahn soaked up much of the traffic. The Italian side had an unexpected and pleasant bike path, part of Sudtirol’s extensive network. I made it to Brixen for the night, where I checked into a campground. This let me recharge my batteries, but did not help with the rain, or the dozens of slugs covering everything when I woke up.

From Brixen I followed another bike path up the Rienz to Toblach, then over a sort of pass to Cortina d’Ampezzo. Above Toblach the scenery quickly transitioned to the Dolomites’ distinctive golden limestone cliffs, and I think I passed the famous Tre Cime. Cortina was a horrible tourist pit, so I bought some food, then headed up the Giau Pass to find a quiet place to camp.