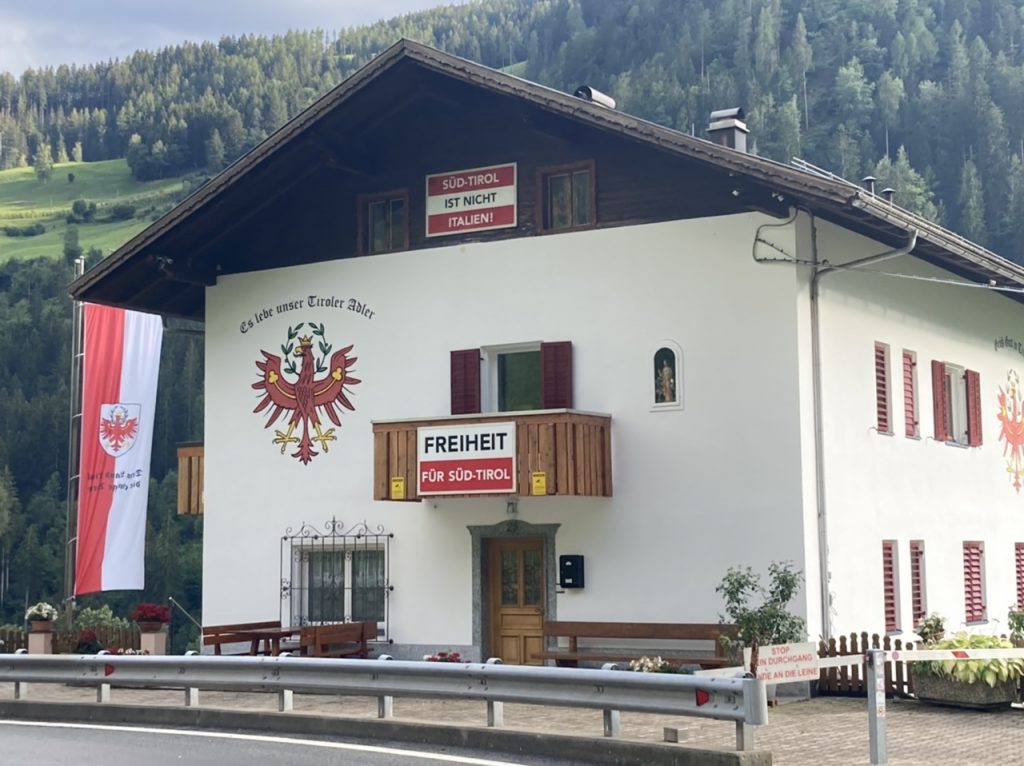 The Sud will rise again!

From my stealth campsite near Bormio I did the tourist thing and… biked the Stelvio Pass, a.k.a. Stilfserjoch. This is one of the Alps’ biggest passes, climbing 5000 feet on the Italian side and closer to 6000 on the Austro-Hungarian side. (Südtirol has technically been part of Italy for a bit over 100 years, but its residents are still adjusting to that change.) I had driven the pass last time, but only after riding it do I feel like I really crossed it. I was worried about the forecast, and while it was partly sunny on the climb, the upper descent was in the clouds, so I did not linger long. It was clear enough to glimpse the Ortler, which I climbed last time, but not to see the crazy upper switchbacks. Thanks to my early start, I got to climb largely without donor-cycles, but they were out in force on the descent. They ride like inconsiderate maniacs, using the whole road even when they probably shouldn’t, so I suspect this road prompts quite a few donations.

The second half of the day was completely different, but equally fine. I haven’t done a lot of detailed planning on this trip, so I was surprised to find an excellent bike path all the way down the Eisch to Meran, then up the Passer to Sankt Leonhard. It was incredibly popular, with a steady stream of locals and bike tourists the whole way, and a welcome relief from the traffic. Being on a human-powered touring bike and not hammering, I was passed more than I like. While some of those passing me were reasonably fit roadies, more were tourists on powerful rented e-bikes, with full suspension and fat downtubes to hold their batteries. They seem incredibly popular in Sudtirol, and seem perfect for seeing places with Europe’s density.

Of course there are tunnels!

The Sud will rise again!