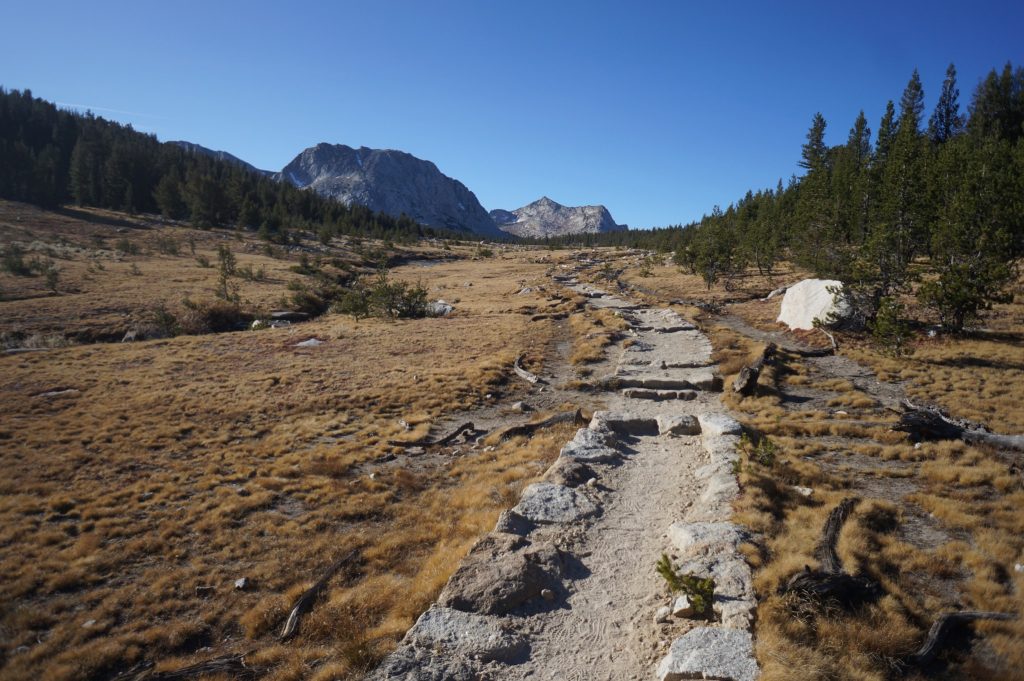 Vogelsang is an unremarkable SPS peak in the Yosemite high country near the High Sierra Camp of the same name. It is most easily done as an 18-mile hike from Tuolomne Meadows. I may have already climbed it with my family as a kid, but I was not keeping track of peak lists back then, so I decided to tag it on my way over Tioga for some late-season west-side shenanigans. I slept alongside a few of my compatriots in the lot behind the Mobil station, ate breakfast watching the dawn arrive over Mono Lake, then drove up the pass, this time finding no guard shortly after 7:00 AM. 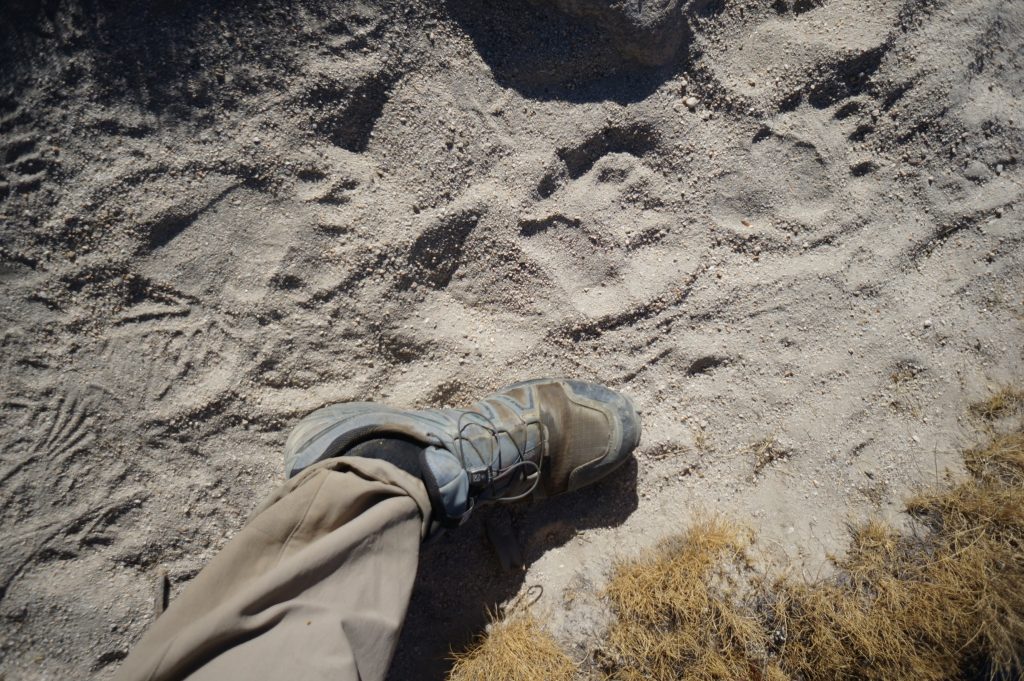 I pulled into the empty Lyell Canyon lot, finished my coffee, and started down the familiar trail, ignoring the signs about it being a federal crime to have food in my car. Even if I put my entire supply, which could last me (or a bear) a week or two, in one of the food lockers, the bear would smell the crumbs wedged between the seats. Hopefully the dirty socks would mask the smell. I know the trail-maze well by now, so I did not have to consult a map to get onto the trail toward Vogelsang HSC. This trail is of the usual Yosemite sort, with big rocks, awkward steps, and pulverized dirt, but sees little enough traffic compared to the main highways, and is mostly manure-free. 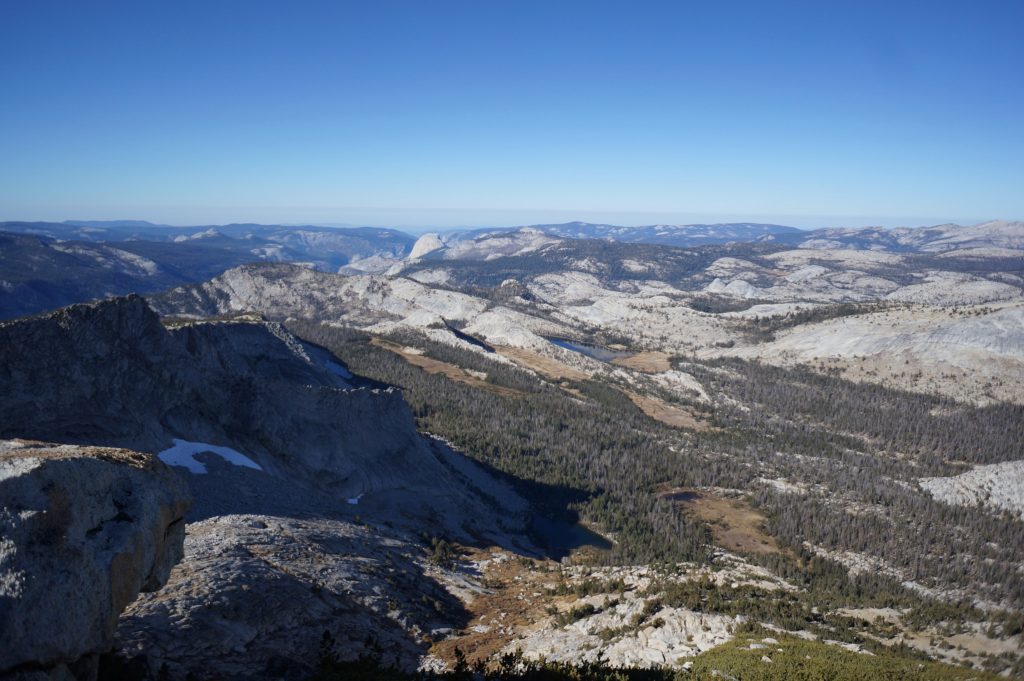 Crossing Tuolomne Pass, an indistinct saddle between Rafferty and Fletcher Creeks, I passed the long-closed Vogelsang High Sierra Camp, continuing up the familiar trail toward Vogelsang Pass. I left the trail just past the outlet of Vogelsang Lake, aiming for a weakness in the peak’s north ridge, and soon found occasional cairns in the mixture of slabs and talus. As the possible routes merged near the ridge, I even found a bit of a use trail, unsurprising on an easy peak so close to the HSC. The remaining ridge to the summit was the usual Yosemite mixture of scrub, boulders, and sand, but offered no serious obstacles, and I was soon hopping across the summit’s short, narrow crest.

I finished my food, dismissed my vague plan to tag 11,357′ and Rafferty on the way home, and retraced my steps. Thankfully I only had to do the final few miles of the Lyell Creek trail this time instead of suffering its full ten near-horizontal miles. I found a couple of other cars in the trailhead parking lot, and was pleased to see my car unmolested by bears. I took my time preparing and eating a late lunch, then finished up the drive over to the west side.