I came into 2018 adrift, with no grand goal to drive me and structure my season. I had finished my project to dayhike the lower 48, and while I have much more to explore in Canada, especially the Coast Range, the options were either inaccessible (Waddington) or unexciting (lots of driving and bushwhacking north of Whistler). Fortunately, the idea of traveling to Europe and the Alps presented itself, and while it was not cheap, it was not as expensive as I feared. This, along with some fitness tourism to Ecuador (thanks, Ted, for sharing the fruits of your mad frequent flier skills!) and ski trip to Canada in May (hi, Bob!), made the year a welcome departure from my usual routine. This novelty revived my love for the mountains, making this one of my best seasons in a long time, on par with 2012 and 2014.

It took some time to recover from the magnitude and intensity of my trip to the Alps, but I was surprised at the end of the season at how much I enjoyed some more mundane outings in the Eastern Sierra. To the extent that I have a home, it is northern New Mexico, but my mountaineering roots lie in the Sierra. Having drifted away from and lost interest in them over the past few years, I was surprised at how much I appreciated returning to a familiar, friendly range in an extended Fall season. As much as I enjoy exploring new terrain and pushing my limits, rambling through my sort-of backyard has its own charm.

If the season produced one major disappointment, it is that I have ended back where I started. Though I have different trails to run and peaks to look at this winter, my situation has changed little from a year ago. I have a few ideas for next summer, but no clear direction of progress or area of the map to fill in. I trust that I will be able to put something together by next Spring, as I did this year, but it will take more reflection and consideration than before, some of which I hope to write about in the future. I suppose that’s what the long winter nights are for…

Anyways, on to the summary. 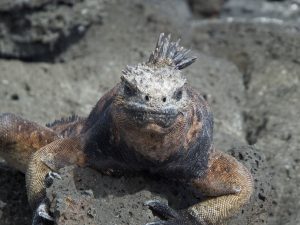 When Ted offered to buy me a ticket to Ecuador with frequent-flier points, I jumped at the opportunity to visit a place I never expected to see. Though the trip involved some peak-bagging, it felt more like tourism much of the time. Despite not accomplishing all of my objectives, I left glad to have visited, and possibly a slightly broader-minded citizen of the world.


With lift tickets far out of my price range these days, I had forgotten how much I loved to ski growing up. I finally acquired a pair of AT skis last year (thanks, Scott! (the man, not the brand)), so this spring I headed up to the Canadian Rockies to put them to use. I ended being a week or two late for the best skiing, but it was still great by my south-of-the-border standards.


There is a reason that mountaineering was born in the Alps, and is often called “alpinism”: I cannot think of another range that combines more dramatic terrain with easier access. First, there is the incredible relief. From valleys lying between 1500′ and 5000′, the highest peaks rise above 13,000′; Mont Blanc rises 12,300′ from Chamonix in just 6.5 miles. Second, the Alps hold glaciers larger than any in North America outside of Alaska or far northern Canada. The largest, the Grosser Aletsch Glacier, is still 2500′ deep at its thickest point; the highest, the Bossons Glacier on Mont Blanc, descends from near the peak’s 15,781′ summit to just 4500′. Sadly, these glaciers are rapidly disappearing, having lost 1/40 of their mass this year alone. Visit while you can.


With the High Sierra remaining snow-free through late November, I had more time than expected to run around the range. While the nights were too long and cold for my normal late-season backpacking, conditions were perfect for some long runs. I was pleasantly surprised to find that, despite spending most of the summer doing few long days and almost no running, I was able to adapt to doing 30-40-miles quickly and without injury.