Those of you who know me in real life probably know what this is about. For those who don’t, it will begin to explain why June was relatively quiet. My friend Mike moved to Spain this spring, and invited me to visit. Also, people have been telling me for awhile that I should try climbing in Europe, despite the terrible expense. Putting these two things together, I finally decided to make both happen during the months of July and August this year. With the significant fixed cost of getting here, it makes sense to go once and go big. The first step was figuring out how best to fly here from a place where I could stash my car. Seattle seemed like the best place to leave the car, which meant that Aer Lingus was the cheapest carrier, with a hop through Dublin. The first leg may be the carrier’s only flight out of Seattle, which seems to be representative of its broader plan: gather everyone to its hub in Dublin, make them wait for sometimes terrible amounts of time, then scatter them to their destinations. 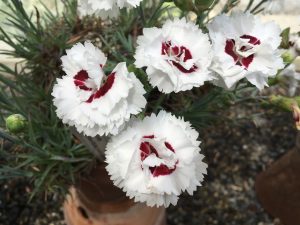 Flying west-to-east over the Atlantic is fairly pleasant: take off in the evening, have dinner, experience a short night, then arrive in Europe in the morning. At least, that is what I remember from the last time I visited nearly 20 years ago. This was the first time I had flown such a long arc so close to the summer solstice, though. Taking off from Seattle, we arced across the North Cascades, then crossed the Selkirks and Rockies near or north of Rogers Pass (all in the clouds, sadly). Beyond, the flight peaked at somewhere around 65 degrees north, crossing Hudson Bay and the southern tip of Greenland before dropping to Dublin, which lies at a sunny 53 degrees north. It turns out that it’s not very dark this time of year at 65 degrees north when you are 38,000′ above the Earth, so I did not have much luck sleeping, though I got some interesting views of northern Canada and Greenland’s eastern shore.

Landing in Dublin a bit after noon, I was planning to kill time in the airport lounge, then try to get a decent night of sleep, which would mostly reset my biological clock. Unfortunately, they don’t seem to like you doing this, so I instead went out through Irish customs. They were surprisingly probing, asking to see proof of my return flight, but thankfully friendlier than the Canadians, and I soon had permission to spend up to two days in Ireland. I had not planned to play tourist on the way over, so now I needed to figure out what to do. I used the airport wifi to get some idea of the city’s shape, then bought a bus ticket to somewhere fairly central ($12 round-trip) and began walking. My goals were to (1) get a sense of what the city and people are like, (2) see some old stuff, and (3) not end up ordering a pint of Guinness at the Irish version of Señor Frog’s. First up was the 220-year-old national botanical garden, because it was the closest interesting-looking thing to the airport, and because it seemed a good place to walk, relax, and avoid the midday heat. I have spent some time in Seattle’s botanical garden, and while the Irish one seems to have fewer exotic plants and be less beginner-friendly (many plants are only labeled with Latin names), its age has let it grow some giant trees, including both European things like yew and ash, and well-developed New World plants like California oak and cedar. Other highlights included a rose garden, a collection of orchids and pitcher-plants, and some heinous big brother of devil’s club with leavs 3-4 feet across.

From there, I made my way south and west toward the city center, passing through the historical things on my way to Dublin Castle, crossing the River Liffey on Capel Street, one of many bridges. Fortunately Dublin is fairly compact and civilized, so I made it across town without much suffering and without getting run over. I give a lot of credit to the cyclists and drivers for my survival, because the combination of left-side driving, one-way streets, and weird intersections had me never quite sure where to look for oncoming traffic.

While I saw some nice church spires on the way, the castle was sort of disappointing. It consists of a single, large medieval tower, with a 19th-century gothic revival church bolted onto one side, and some other sort of 19th-century administrative structure coming off at 90 degrees to the church. I gather the incide is nice, but I was there too late, and they charged for admission.

Now to find food while avoiding tourist traps. I had no clue where to start searching for authentic Irish food (colcannon?), and assumed the chances of my finding an authentic pub by online means were essentially nil. I did see a Korean place nearby on Capel Street, though, which surprised me more than it probably should have. It looked fairly authentic, and a crowd of Koreans filed into a back room as I stood outside, so… what the heck? Being by myself, I ordered bibimbap rather than grilled meats, and was pleased to find the quality on par with what have eaten in Korean-rich cities on the west coast. I expressed my surprise to the waitress, and she said that while there is no Korea-town in Dublin, there are two other authentic places, catering to foreign students and some tourists. Based on both the food and the accents I heard in the streets, Dublin is diverse for its size, with a significant but not overwhelming number of tourists.