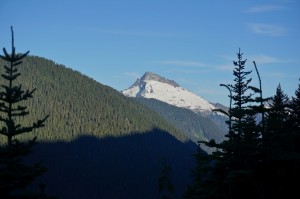 Though moderate, low, and fairly accessible, Sloan is both striking and interesting, with high value for moderate effort. It sits by itself west of Glacier and south of Pugh, cut off from its higher neighbors to the north and east by the Sauk and Stillagaumish Rivers. Being on the western edge of the range, it receives enough snow to support its own glacier, which provides the easiest access to the summit. It is popular enough to have its own semi-maintained trail up Cougar Creek from the Sauk, with old log-cutting and more recent minor maintenance and flagging. 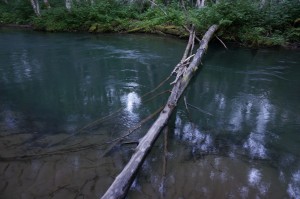 After about four hours’ real bed sleep, I scraped myself into the car and drove a bit over two hours through Darrington to the Sloan trailhead on Forest Road 49. Though signed and numbered, the trail starts out as a maze of log crossings and game trails crossing the braided Sauk River at a wide, marshy flat. (This is helpfully labeled “footbridge” on the 7.5′ USGS topo.) Fortunately, someone had helpfully flagged the correct path, and 4-5 log crossings later, I was on an increasingly well-defined trail. 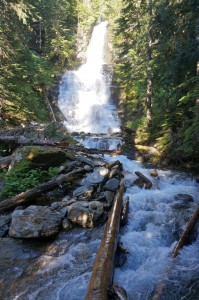 The trail work was generally impressive, both the old work cutting through huge logs, and the newer, more subtle work such as cutting cross-hatching into logs to give traction or arrows to show the route. 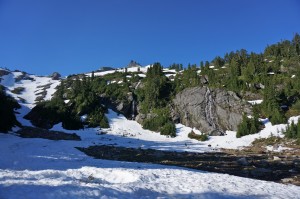 After a long, hot, steep climb, the trail ends at an open area below the saddle between Sloan and Bedal. After following a couple of cairns up the streambed, I pulled my way hand-over-hand up some alders next to a cascade to reach the base of the snowfield below the Sloan Glacier. Crossing alternating snow and slabs, I aimed for the glacier’s upper edge, and ended up at the base of Sloan’s north ridge. 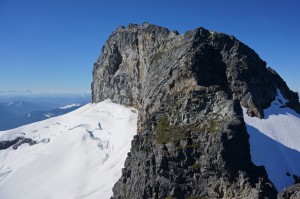 The standard route crosses to the upper, southwest corner of the glacier, but the ridge looked like it would work, so I did that instead. Most of the climbing was easy class 3-4, though two notches near the summit seemed to require a few 5th class moves, and an escape back to the glacier would be hard. I found several slings, suggesting that this route is done at least occasionally. 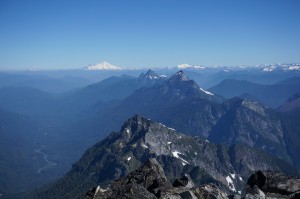 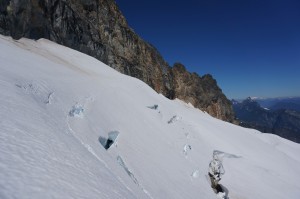 I reached the summit in about 3h45, took some pictures, then found a flat rock and took a nap. Waking up almost an hour later, I easily found the trail to the standard route, a winding and surprisingly easy path down the west face, around the south end, and onto the top of the glacier. Crossing the glacier was mostly easy, though a slip in a few places would have dumped me into a crevasse. Soon I was back on solid snow, boot-skiing down to rejoin my ascent route. Half-jogging the descent, I reached the car about 7 hours out, and drove to the North Sauk trailhead for my next objective. 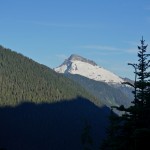 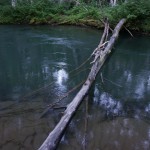 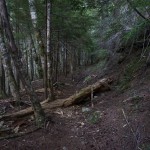 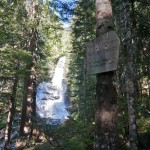 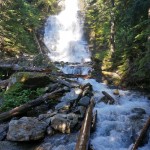 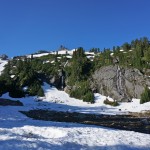 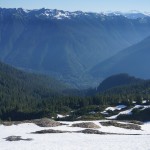 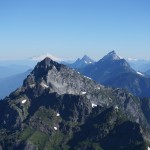 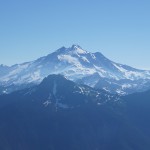 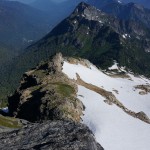 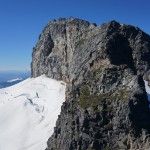 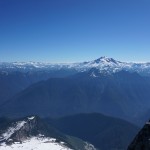 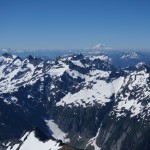 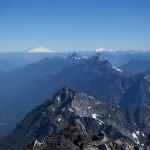 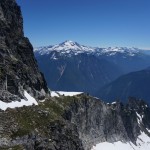 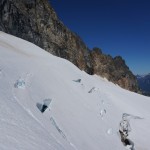