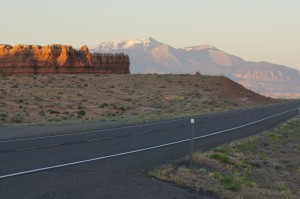 Ellen Peak and Mount Ellen Peak (or perhaps Ellen Peak Mountain) are the highpoint of the Henry Mountains, a remote range in south-central Utah. Although you can drive to within 1000 vertical feet of the summit, doing so involves about 20 miles on the mostly-graded-dirt Notom road, then 25 miles on a high-clearance road crossing the Henries via a 10,500-foot pass. Despite this remoteness, the peak sees many visits from county high-pointers, and the area is surprisingly well-developed for BLM land, with new-looking signs, a campground with outhouse, and a trail register for Ellen.

After camping in the desert, I drove the road to where it crosses onto a north-facing slope around 9,700′, where snow and vicious mud forced me to continue on foot. The snow was cooperative, with a firm but not icy crust, and I was soon at the summer trailhead. Just before the pass, I found an unoccupied but clearly cared-for summer cabin — nice location!

I followed the well-defined trail to the first Ellen, the highpoint of an un-peak-like ridge, where I found the traditional desert mailbox containing the register (a portion of The Fellowship of the Ring). The peak sees an amazing amount of traffic for being so remote. With plenty of time left, I continued along the ridge to the other, lower but more peak-like Ellen, and was pleased to find not just a well-built trail, but several old building foundations. The register here showed far less traffic, and was accompanied by an anemic geocache.

Rather than following the ridge back, I thought I would be clever and follow some sheep-trails contouring along the west side. Bad move. The trails soon petered out, leaving me to fight lots of loose talus and, worse, rock-hard snowfields. After some time chipping steps with a rock, scrabbling with my fingernails, grabbing protruding brush, and nearly sliding onto the rocks, I gave up and climbed back to the ridge. Wanting a bit more punishment, I tagged the first peak south of the road, with an antenna on top, before dropping to the car. It appears to be called “South Summit Ridge” on some maps. 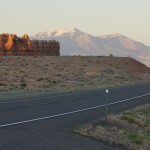 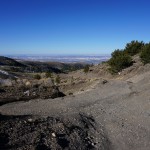 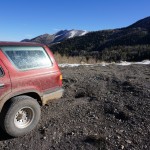 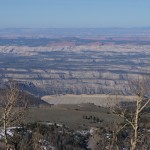 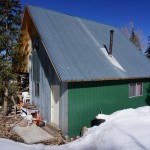 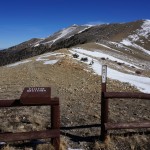 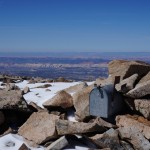 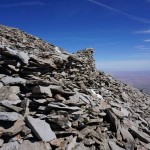 Foundation on other Ellen 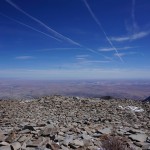 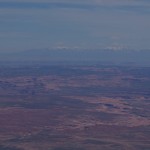 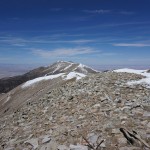