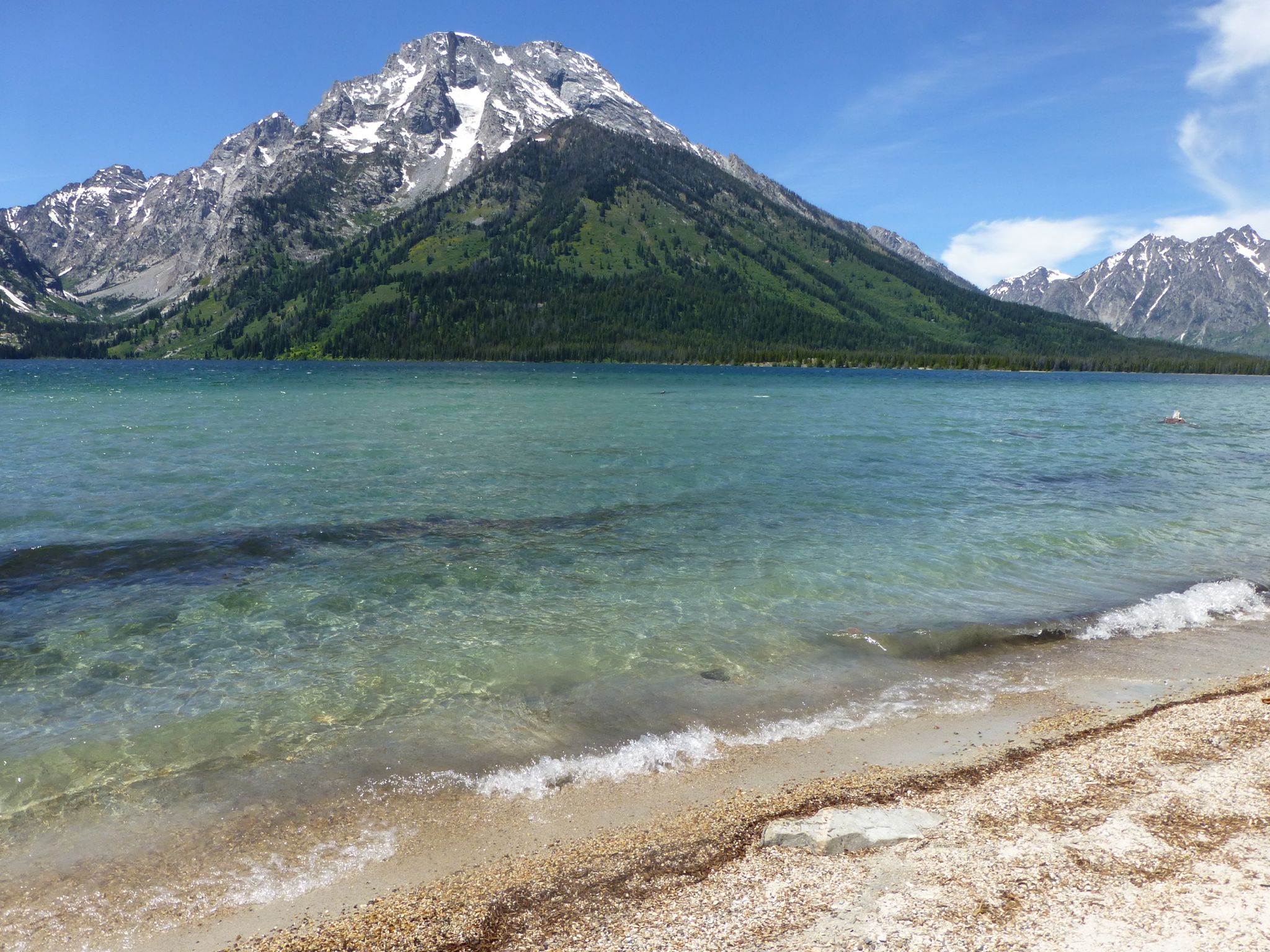 [Catching up on Teton outings — ed.]

Moran is a huge mountain with many quality routes, but reaching them is made difficult by a combination of hideous bushwhacking, Leigh and Jackson Lakes, and grizzly bears. Recently, the Chicago Mountaineering Club (CMC) route has become the standard one, despite not being the easiest. It has a reputation for fun, moderate scrambling, so it has been on my Teton climbing list since I first came here in 2010. The normal approach to the CMC involves rowing across String and Leigh Lakes but, lacking a boat, I took the bushwhack around the north side of Leigh Lake, familiar from last year’s outing to Thor and Moran.

After an hour of trail time along String and Leigh Lakes, I reached the 4-way junction near Bearpaw Lake, turned left, and passed the ranger cabin near Leigh Lake’s north shore. The trail becomes painfully unmaintained just past the cabin, partly overgrown and covered with deadfall. However, staying near the shore, I was able to mostly follow it to where it crosses a wide, dry, rocky stream-bed. Last year, I lost it here and followed intermittent game (i.e. bear) trails higher up the hillside. This time, I stayed closer to the shore and soon found more patches of trail and less bear scat.

Though it was not easy, this route was relatively painless until the last few hundred yards, when the trail disappeared into chin-high fiddle ferns on steep, muddy slopes. Some misery later, I reached the base of the CMC route, where the stream from the Falling Ice Glacier reaches the lake. The whole approach took about 2-1/2 hours; since rowing across supposedly takes 1-1/2, and since I could descend the Skillet Glacier on the return, the ‘schwack is not too time-consuming.

After some talus, I found a climbers’ trail starting on the left side of the stream-bed; other than getting around a cascade partway up, the route to the CMC campsites was steep but easy. Since the Falling Ice ends on a steep slope rather than a valley bottom, the blue layers of its snout loom impressively between the East and West Horns. The trail disintegrates near the camp, but the route left of the West Horn is fairly obvious. Not having crampons, I stayed on a rock rib rather than in the gully to its left, finding more bits of trail and only having to cross two small, low-angle snow patches.

Where the CMC route continues over Drizzlepuss, I turned right up the West Horn’s amazingly narrow and overhanging ridge. After traversing some ledges on the right-hand side, I reached the impressive overhanging beak visible from the approach, where I found the hardest climbing of the day passing a chockstone at the top of a short, steep chimney. While the route is supposedly only 5.4, I found this move harder than anything on the CMC: I had to take my gloves off, and half-wished I had rock shoes. After the chockstone, the climbing was mostly 4th or low 5th class, but wildly exposed, making for some slow, careful climbing.

The West Horn’s summit is surprisingly large and comfortable. After checking out Moran’s CMC face — the snow seemed mostly avoidable — I cautiously retraced my route to the col and headed the other way, staying on the right side of Drizzlepuss to avoid the snow. A series of broad, moderate ledges got me from a notch in the Moran side most of the way to the base, where I found a final, steep step too high to jump. A bit more exploring to the left got me into the left couloir just below the notch.

Though Ortenburger gives a route description, the only important part is to remember to stay to the right as you near the top. Otherwise you can just wander up the wide face, taking whatever route looks appealing and looking ahead to avoid getting trapped. Trending too far left, I reached a precipice and had to retreat slightly and cross a couple or ribs to get back on-route. Near the top, I followed an old boot-pack across a couple of unavoidable snow patches, then headed well left to pass the cornice and reach the summit plateau.

Though I had half-planned to tag the Zebra, a minor peak to the west, the prospect of another couple thousand feet of elevation loss/gain along a tricky ridge did not appeal, so I finished my lunch and headed down the Skillet. Though it was not as easy as last time, it was still much faster than downclimbing the skillet. By staying well left, I even managed to find the use trail to Bearpaw Lake with minimal pain. Picking up the maintained trail again, I tuned out and started hiking for the car, until boredom forced me to a jog. 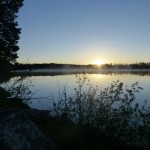 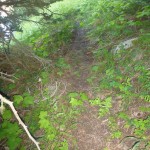 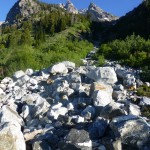 Base of CMC route 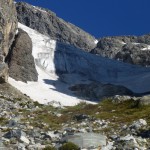 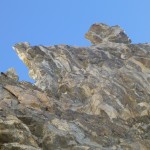 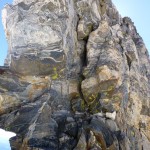 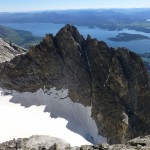 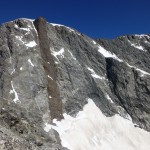 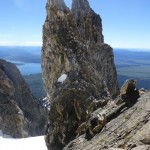 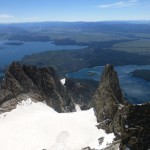 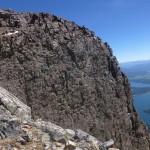 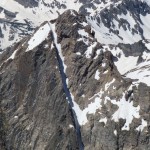 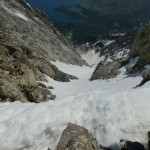 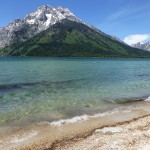