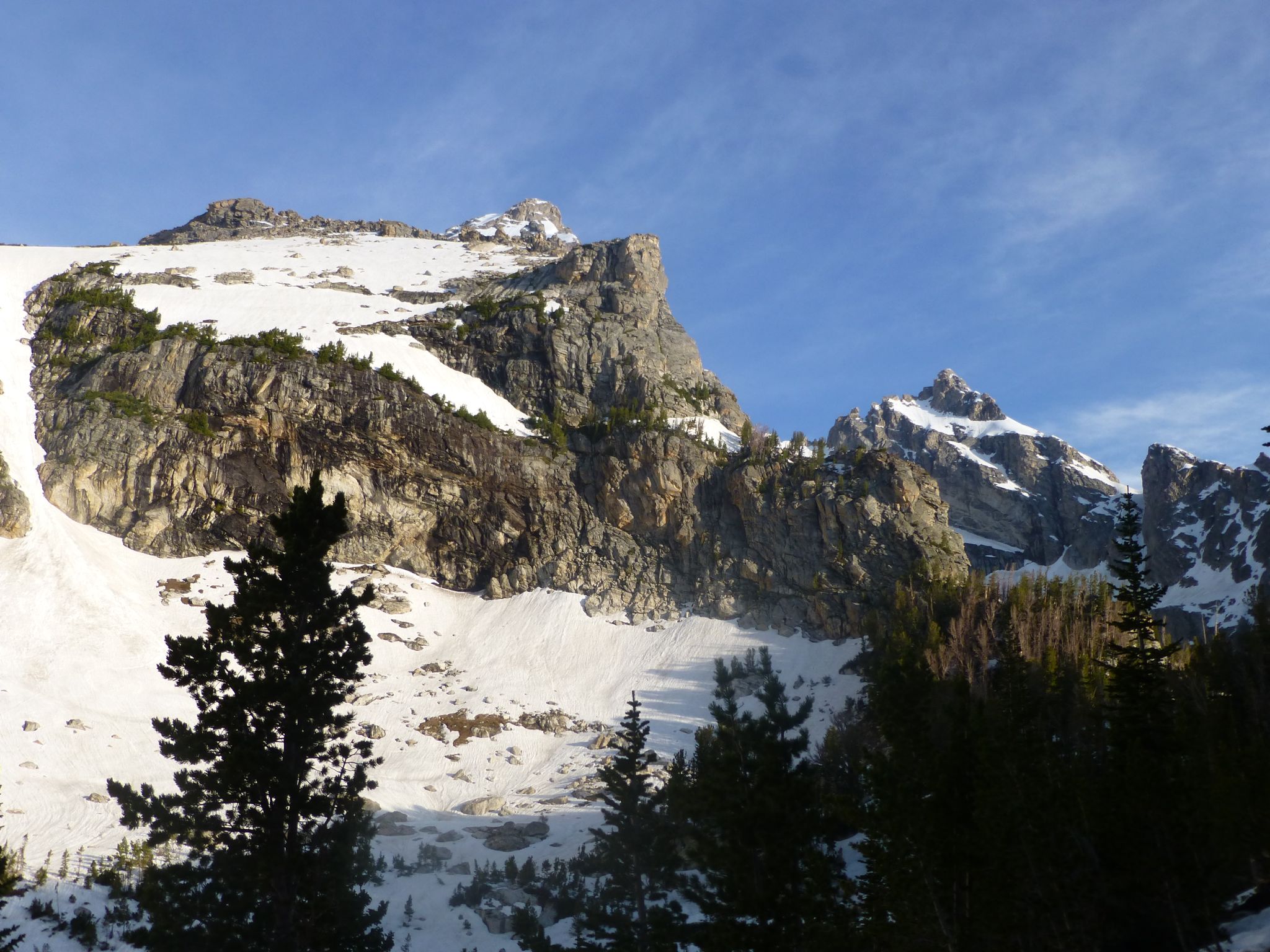 Having been shut down by morning rain on a previous attempt with gear, partner, and running shoes, I decided to return by myself with rock shoes instead. The weather was somewhat friendlier as I again set out around 5:00, and I was happier to be carrying a lighter pack. When I reached snow below Surprise Lake, I found it mostly firm with a slushy surface. The clouds to the east and south kept their distance for the nonce.

Reaching the ridge north of Amphitheater Lake, I turned west up Disappointment’s east ridge rather than descending to the glacier as usual. The first part looked blocky and easy, so I scrambled it in running shoes, walked through some woods, and kicked steps across a small snowfield to the next steep part of the ridge (saving two shoe changes). After trying a right-facing dihedral, I finally gave in and put on rock shoes, with one eye on the clouds approaching from the south.

I ended up climbing some easier terrain left of the dihedral, then returned to the crest of the ridge above it. From there, a steep step left brought me to more face climbing leading to the final headwall. A short lieback section then led into a steep crack/chimney ending on the corner of the long summit plateau.

The graupel and lightning started as I changed out of my rock shoes, so I forewent the summit (having tagged it a couple years before after doing Irene’s Arete) and made for the Spoon Couloir, uncomfortably aware of my metal ice axe. After a bit of messing around, I found my way into the Spoon and boot-skied down in a shower of graupel and slush. By the time I rounded Amphitheater Lake, the storm had passed and the sun had returned to mock me. Jogging most of the trail, or shortcutting on snow where possible, I returned to the ranch around 9:30.

Living down to its name, the east ridge was something of a disappointment. It was okay as a solo, with some though-provoking climbing near the top, but awfully short. I am glad I did not end up doing it roped. 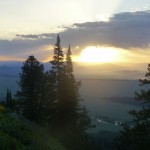 Sunrise on the switchbacks 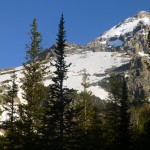 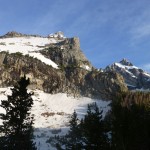 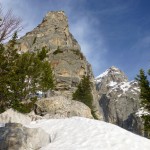 East ridge from base 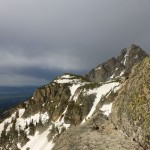 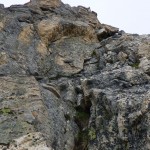 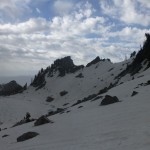