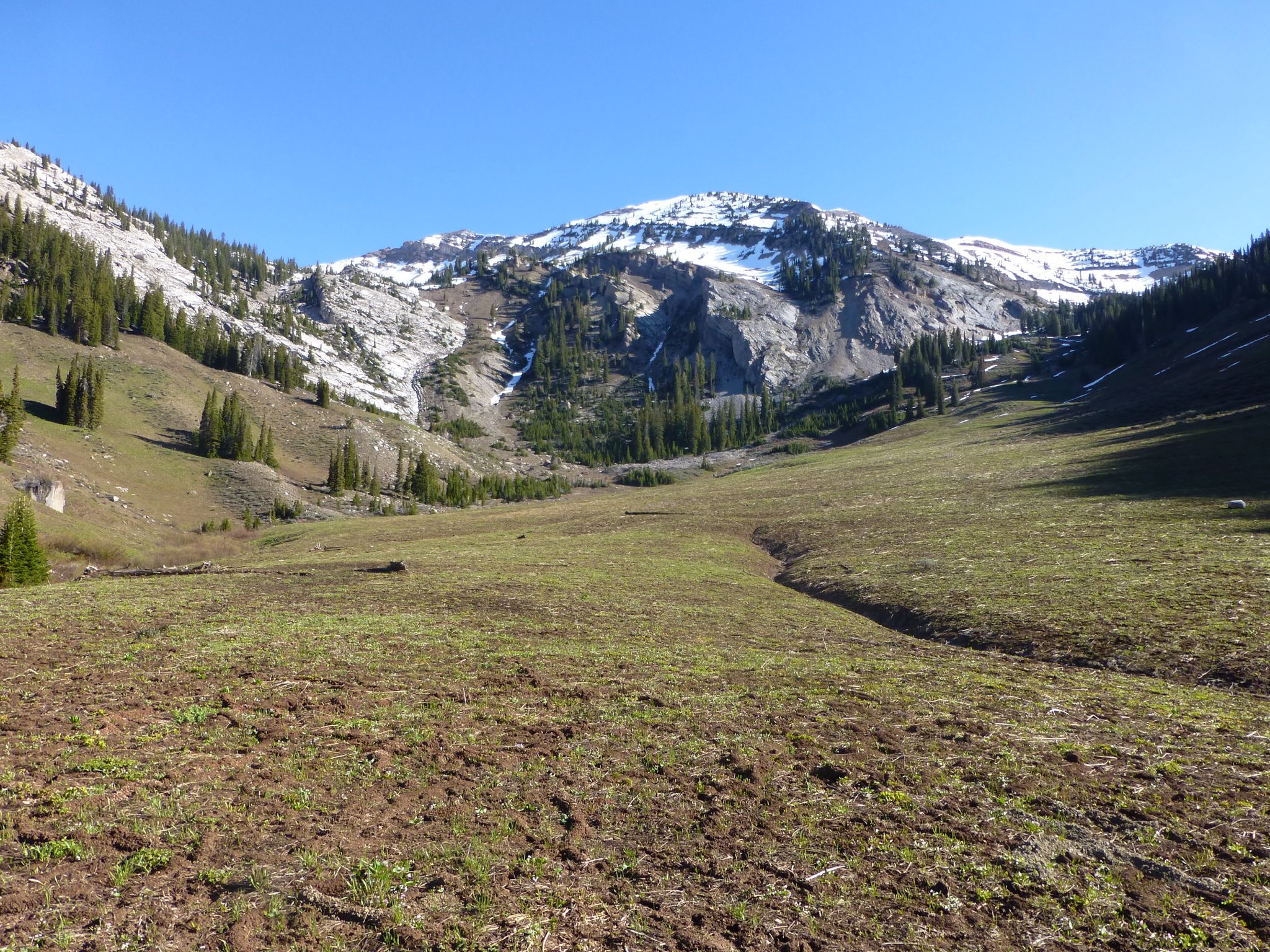 Meadow where the trail dies

Looking for a short outing, I had originally planned to do Corner Peak, southeast of Antoinette. However, looking at my road atlas, I noticed Pinnacle Peak to the west, which looked accessible and had the advantage of not sharing an approach. After a cold start in the valley, I was soon down to my t-shirt as the Granite Highline Trail climbed along south- and east-facing slopes.

From my map, it looked like I could reach Pinnacle by heading north at the first trail junction around 5 miles out. However, when the trail faded and disappeared in a meadow, I decided to head directly up to the ridge, hoping I was in more or less the right spot. After gaining much of the elevation on grass and mud, I kicked my way up a soft, south-facing snowfield to reach the easternmost high-point of the ridge.

From this first summit, I got a clear view of the Tetons far to the northwest, and of a higher talus-cone nearby. I made my way over to the cone, following some small creature’s tracks, where I found a small summit cairn — three square rocks in a stack. The next major summit, a wedge-shaped thing pointing northwest, looked higher, but it also looked far away across snow that was starting to soften.

Rather than continuing, I dropped straight east down a snow-filled valley toward Granite Creek, where I knew there was a trail. This worked well for awhile, then ended in some cliffs still well above the valley floor. I bushwhacked south, found a gap in the cliffs, then forced my way down through the woods to find myself on the wrong side of Granite Creek. Forcing my way downstream through brush, I eventually found a nice log bridge, and met up with the trail about a quarter mile from the concessionaire’s hot springs, from which the road led back to my car.

I expected this would count as pointless wandering. However, poking around online, I discovered that someone had put up a page for it on SummitPost, naming it “Terrace Peak”. I’ll take it. 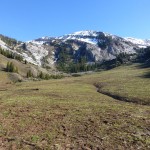 Meadow where the trail dies 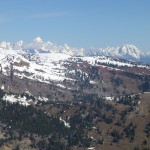 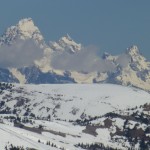 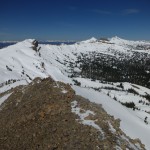 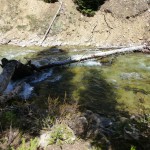