With time to kill near Lone Pine and a dubious weather forecast, I decided to pay a visit to the Inyos, a desert range forming the eastern boundary of the Owens Valley. I am not normally a fan of desert peaks, but the view of the Sierra makes the Inyos worth at least one visit. I chose to tag Mount Inyo and Keynot Peak; the latter is one of the 50 most prominent peaks in California, and the former is right next door.

I drove over to what I hoped was Union Wash the night before, and got a lazy start around 8:00 AM. There was a light dusting of snow on some of the higher northern slopes of both the Sierra and Inyos, but the sky was clear and the air was a comfortable temperature. After realizing I was on the wrong (right) fork of the road, I found the 4WD trailhead and the fairly easy-to-follow use trail leading up the wash. The trail follows the base of the wash to where it narrows below a seep, then switchbacks up to the right near a prominent cairn. The climb would be miserable without the use trail, but the loose rocks had been mostly packed down.

The trail switchbacks up the south side of Union Wash, then heads more or less straight up the brushy slope above to rejoin an upper branch of the wash. Following this valley, it passes an old campsite with a bed on the way to a saddle between Inyo and Keynot. From the saddle, Inyo is a long and somewhat obnoxious hike to the north, through brush, trees, and boulders. Along the way, I found a “shelter” (axe, shovel, and stack of firewood) with a plaque dedicating it to Marion Howard, Beekeeper of McElvoy Canyon. It was easy to miss, as it did not lie along the easiest line or in an obvious place.

I perused the register for familiar names, then took in the novel view. While I have experienced a similar view from the Whites and Highway 168 to the north, this was the first time I had seen the southern Sierra laid out in this way. Familiar peaks and passes from Owens in the south to the Palisades in the north were clearly visible, giving a real sense of how they all fit together.

After retracing my steps to the saddle, I found a faint but helpful use trail leading to Keynot’s closer and slightly higher summit. A dusting of snow still lingered on the final north-facing slope. The hike down was obnoxious between the upper and lower washes, but the epic boot-ski into the lower wash made up for it. The scree was mostly loose and ankle-deep, large enough to stay out of my shoes and small enough not to be treacherous or painful. 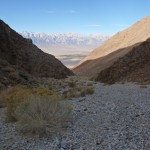 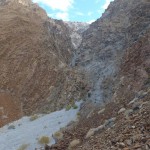 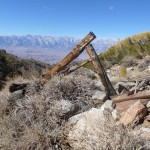 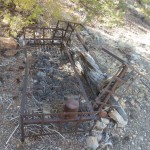 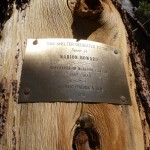 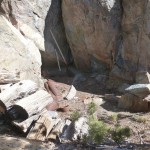 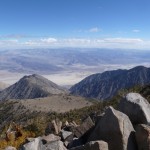 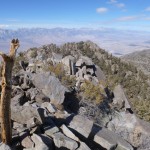 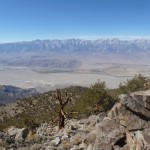 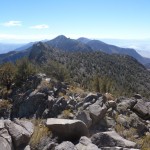 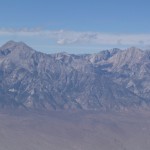 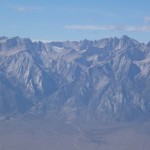 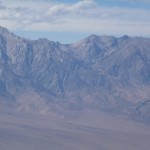 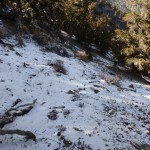 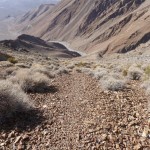 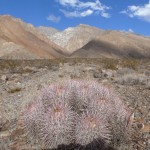