With snow in the forecast, I put on my worn-out shoes and dragged my worn-out body up what would probably be my last Sierra peak of the season, and my last SPS Emblem Peak, Olancha. The standard route is moderately long — 10 miles and 6,000 feet — but mostly on-trail with a final boulder-hop to the summit. The peak itself is impressive from the Owens Valley, but much less so from the PCT to its west.

I got a ridiculously late start around 9:00 AM at the new-to-me Sage Flat trailhead, almost giving up immediately when I felt my shoe digging into my ankle. A switch to my worn-through Quantums fixed the problem, though, and I started again with less discomfort. The weather was slightly warm, but the temperature was far less annoying than the gnats which swarmed around my face from the trailhead nearly to Olancha Pass. I soon spotted some large bear tracks in the dusty trail, and saw them off-and-on for most of the rest of the day.

While the trail sees both horse and cow traffic, the cattle thankfully have their own “driveway” up much of the climb, and the horses’ and humans’ trail is not too bad. I turned right at the Haiwee Pass junction and, after following the trail for awhile, foolishly decided to head cross-country. This proved to be a bad idea, but I soon found another trail that took me in what I thought was the right direction. As it turned out, this trail ended at a meadow well south of Olancha. Reaching the crest, I realized I was well south of Olancha Peak, and spent most of an hour of traversing along the ridge to reach the equipment-strewn summit.

Though sunny and clear, it was surprisingly chilly. I found the register, took some pictures, then found a sheltered spot to nap and enjoy the views of the Kaweahs, Langley, and Death Valley peaks. On the descent, I headed almost straight west, soon reaching the PCT, which I should have taken on the way out. The hike back therefore went much more easily, though my knee was not quite up for running what would otherwise have been a fun descent. 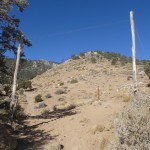 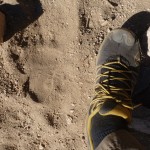 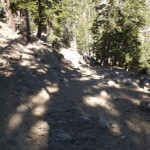 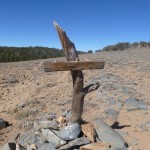 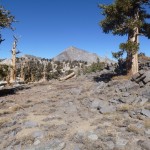 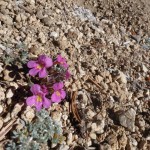 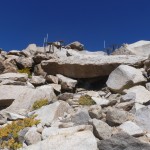 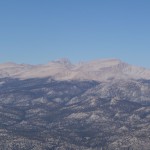 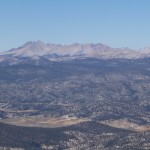 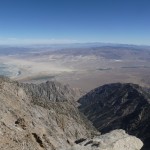 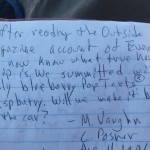 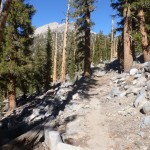 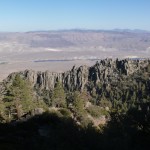