Though there are still over two months left in the year, I am a summer athlete, so my season is nearly over. 2012 has been a good year, with a few “notable” outings: the easily-understood California 14er speed record, the less well-understood but perhaps equally difficult Kaweah traverse, and an FKT for the Evolution “loop”. I also finished the Colorado 14ers, had several good days in the Tetons, Wind Rivers, San Juans, and Sierra, and found good partners to improve my trad climbing skills.

The 14er record generated a small amount of publicity, brought the weblog significant short-term traffic, and hopefully attracted a few new regular readers. While it is understandable that it would get more attention than my other outings, I hope readers will also discover the other “big” days, some nearly as hard and at least as interesting, and the many more approachable days in between. To that end, here is a list of the season’s highlights, split into categories based on the skills and activities involved. 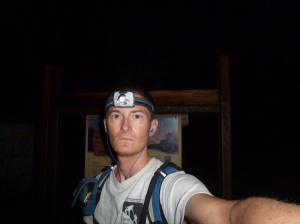 This category includes outings requiring a wide variety of skills, including trail running, cross-country travel, and scrambling up to low 5th class. Though I have been trying to broaden my interests, this remains my strength, and the core of what I do in the mountains. While the natural trend is toward longer, steeper routes (hence “type II fun”) not all of the outings in this category are suffer-fests. To enjoy these outings (or maximize your type I fun), you should be comfortable with 12+-hour days, trail running, efficient cross-country route-finding, and solo climbing up to about 5.4 without rock shoes.

The first leg, from South Lake to Red Lake, is worth doing on its own, with some excellent scrambling as well as travel through the rarely-visited terrain southwest of the Palisades.

Vestal Basin is the most spectacular area of the San Juans that I have visited, and both less crowded and easier to reach than Chicago Basin. Though easy for its 5.4 rating, Wham Ridge is an excellent line.

This climb traverses the many small peaks around Hanging Canyon, from St. Johns to Symmetry Spire. It is possible to bail from many points along the ridge, so you can quit whenever you get tired.

This loop takes you to a rarely-visited part of the Tetons. While the approach involves a heinous bushwack around Leigh Lake, and there is some risk of grizzly encounters, I think it’s worth it.

This includes climbs for which I wore rock shoes, usually with moderate approaches. To enjoy these, you should be a solid 5.6 soloist.

These are two classic peaks in the Cirque of the Towers, and Wolf’s Head’s east ridge is an amazing line. Though it is often climbed roped, it is long and not sustained enough to make this much fun.

Like Wolf’s Head, Matthes Crest is a long climb best done unroped. Cathedral is no more difficult, and is easy to pick up along the way.

This is a snow or ice climb with a few moves of 5.6 (?) rock near the top. The easiest approach is to take the standard Death Canyon approach as for the east face, then drop over the east ridge into Avalanche Canyon.

Trail running is just another means of moving quickly in the mountains. While I rarely race ultras, I often climb peaks with long trail approaches. To enjoy these, you should be a trail ultra runner (50k+) who can scramble 3rd class.

More trail runners should be doing this, since the approach from Purgatory is a beautiful run and saves the $100 train ride. Except for Sunlight’s summit blocks, the climbing is all mellow.

The Sugarloaf Creek trail is sandy and unpleasant, but the valleys on either side of Glacier Ridge are amazingly scenic and, properly done, the scrambling is no harder than 3rd class.

Though also somewhat sandy, the Walker River trail covers miles of gently-rolling, wooded terrain between Leavitt and Upper Piute Meadows. It is a boring hike, but more interesting to a dedicated trail-runner. 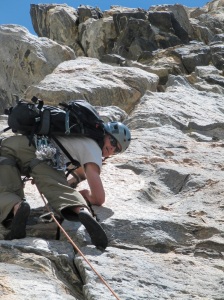 I don’t do much trad climbing, nor do I climb very hard, but I have done enough of it this season to have at least a couple of recommendations. To enjoy these, you should be leading around 5.8 in rock shoes.

It’s an obvious and striking line on an impressive peak, fairly sustained, and doable as a reasonable day. You can skip the first pitch to save some time.

Irene’s Arete was well worth repeating this year, with great position and fun, varied climbing. Be careful of the early-season snow on the approach.

Though it has a long approach, it is a sustained, varied route on an amazing-looking feature.

This might be worth doing as a 5.7 solo, but with a long approach and not much sustained climbing, it’s not worth bringing gear.