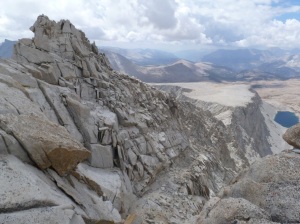 For our final day, we headed up the ever-popular Shepherd Pass to tag various peaks near Mount Tyndall. The official Challenge peak was “Tyndall West,” but I chose Junction, a Challenge peak from 2005. “Tyndall West” turned out to be more interesting than I expected, with those who climbed it reporting some tricky route-finding; Junction was easy once I reached Diamond Mesa, and the summit had good views in all directions.

I was feeling drained, hanging with the group to the Symmes Creek saddle, and dropping behind to put on hat and sunscreen. I managed a bit more speed up through Mahogany Flat, passing a few people, then slowed down again, taking a leisurely 4 hours to reach the pass. Several of us stopped there to take a break and watch the clouds, then went our separate ways: Jen and Pat to Tyndall; Bob, Tom, and Michael to Tyndall West; and myself to Junction. Once I was safely out of sight, I sat down to eat my fish and take a nap.

Adequately refreshed, I made my way up a ridge toward Diamond Mesa’s north end, which I knew had a minor spire short of the plateau. I unfortunately couldn’t find a way around the spire, and ended up doing a bit of extracurricular 4th class downclimbing to pass the notch. From there, the climb was cake: following Tom’s advice, I stayed below the ridge rather than struggling over the pinnacles and false summits, mostly following a dirt-and-scree ledge to the left. After a bit of 3rd class where the south and southwest ridges join, I was on the summit.

While I could see the old Junction Pass trail to the eastern saddle with Mount Keith, I could also see that the ridge to reach it was probably scary. So after taking in the view and perusing the register, I returned the way I had come until I could boot-ski some sand to the large lake southwest of Junction. After having run it a few times, I no longer have the patience to walk down Shepherd Pass. I passed and dropped a few people above the dreaded sand hill, took the old trail down upper Symmes Creek, and made a beeline for the Independence Subway, essentially the only food in town.

Unlike last year, I actually managed to complete the whole Sierra Challenge. I came in with grand plans to average 3 peaks a day, as I did in 2010, but ended up climbing only 18. The weather was a major reason for the shortfall: unlike the past 3 years, there were storms or the threat of storms almost every day, so I often ended up returning early to stay dry and/or unelectrocuted. However, I was also less driven to rack up points, and more content to just hang with the group. I’m getting old. 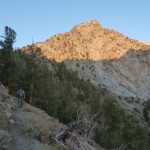 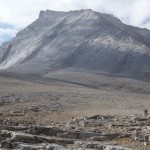 Jen and Pat heading for Tyndall 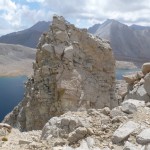 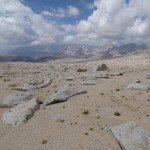 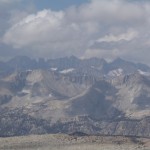 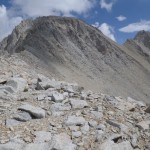 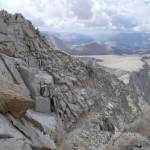 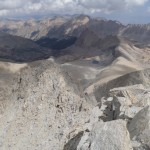 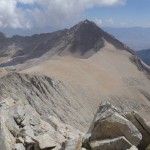 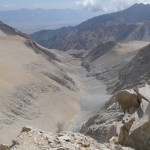 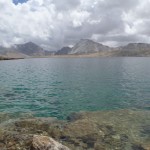 Williamson and Tyndall from unnamed lake 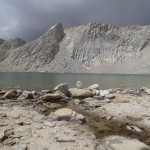