Once the high wore off, I was pretty sore from my last adventure, so I spent the weekend eating, sleeping, and writing. I was still sore on Monday, but felt good enough to go for an hour run in the morning, before joining the family at Crater Lake. I did a couple of short hikes there, including Mount Scott, the park highpoint, then went off on my own on Tuesday afternoon to tag Union Peak, a distinctive horn to southwest of the crater. Rather than going around the back (southwest) side, the trail is carved straight up Union’s east side. Once I learned to hold my breath while passing PCTers, it was a pleasant hike/run.

While crowded, Crater Lake is worth seeing if you’re passing nearby, e.g. to do Mount Thielsen. It is also educational: 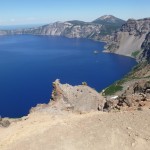 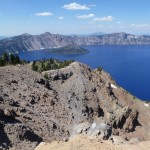 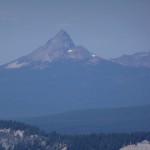 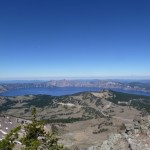 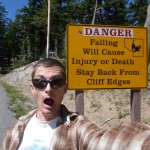 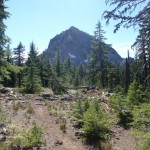