Wilson Peak is “the other Wilson,” a barely-14er near Telluride. It is the last Colorado 14er I have to climb other than Sunlight, Windom, and Eolus (and Culebra, owned by greed-heads). Since I hope to finish with those next week, I headed over to Telluride to tag Wilson from Silver Pick Basin. While there have been issues with a local landowner, the trail has been relocated to skirt the relevant inholding, and things seem peaceful except for the usual angry “POSTED no trespassing” signs.

Driving down from Grand Junction, things looked grim in the San Juans, with thunderstorms apparently blanketing the area as early as 1:00 PM. I pulled into a wet campsite near the trailhead and planned for a short day. I started off with another couple around 6:00 AM, leaving them behind on the old road that is the basis for the new trail. This road switchbacks up a valley west of Wilson, passing through forest and a massive talus field. It then traverses into Silver Pick Basin, an even larger mass of talus, following old mining roads toward the saddle west of the peak.

From here, the route traverses to the Gladstone-Wilson ridge, which it follows to the summit. I passed two brothers on this final stretch, who were making good time but were slow on the short stretches of exposed or 3rd class climbing. I reached the summit 2h10 from the car, taking in the cloudy view while waiting for my compatriots to reach the summit.

I had originally planned to traverse over to Gladstone, but I was uninspired by a long, chossy ridge traverse on a cloudy day. Instead, I had a relaxed chat/hike back to the car, and headed into Telluride to see how it compares to other expensive resort towns. 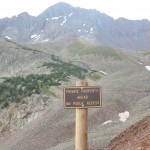 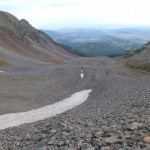 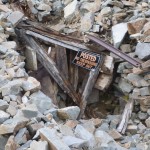 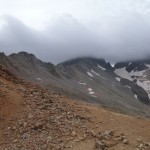 Looking toward Gladstone and Mount Wilson 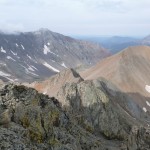 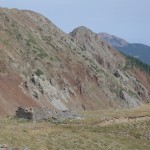