South of Salida, it was a dry winter. But north of Salida, it was (and, in some cases still is) very much the opposite. Even the Sawatch north of Buena Vista had significantly more snow than I remembered from last year, and Towgotee Pass had snowbanks 8 or more feet high at the top.

My front yard is clear and dry, but the trails in the woods still have multi-foot slush-banks, and there are there are avalanches in the higher couloirs. Once things stop sliding, it should be good climbing.

Rolling into the park a bit after noon, I decided to take a quick slog up toward the Amphitheater, to test the snow and see whether I could find the route. As it turned out, the snow was mostly well-consolidated slush, and I totally missed the traverse into Garnet Canyon. I eventually topped out on some high point on the ridge below Disappointment, took some pictures of the ridiculous snow, and called it a day. 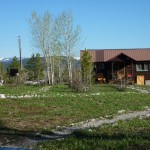 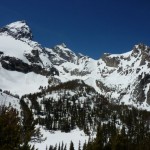 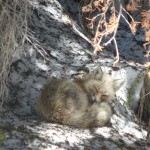 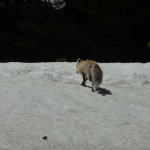 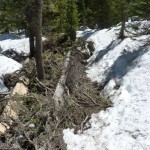 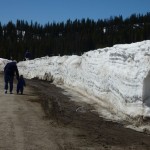